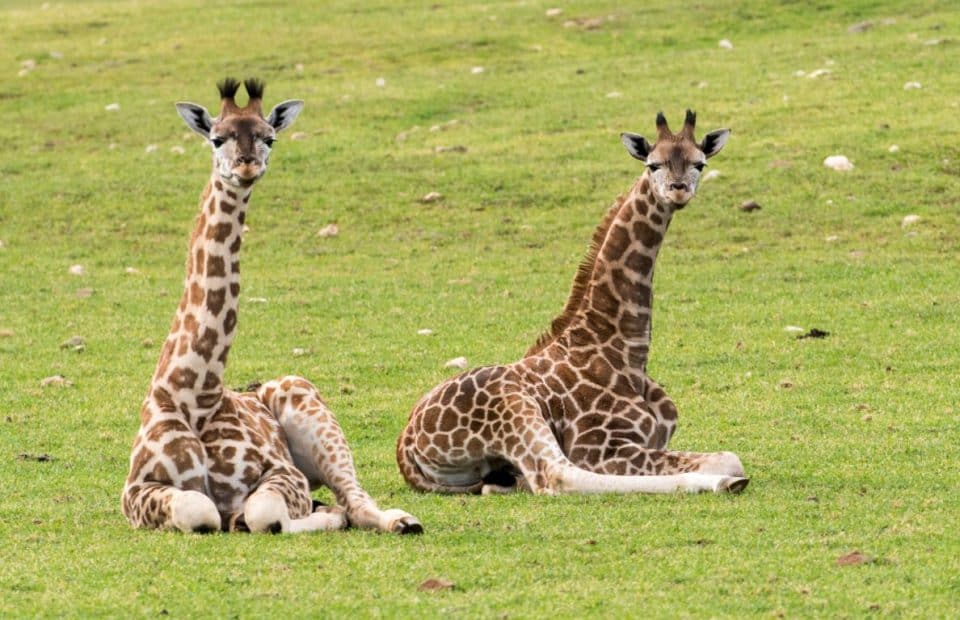 Experts are calling it the silent extinction.

As the world’s tallest animal, and easily one of the most recognisable around the globe, it’s hard to fathom that we could be losing giraffe right before our eyes.

But the reality is, there has been a dramatic drop in the wild giraffe population over the past 30 years.

Habitat loss, poaching and civil unrest has seen giraffe numbers plummet from around 155,000 in 1985 to 97,000 in 2015, which equates to a decline of almost 40 per cent over three giraffe generations.

This devastating drop in the wild population saw giraffe re-classified as vulnerable to extinction last year by the International Union for the Conservation of Nature (IUCN).

In fact, there are now fewer giraffe in the wild than African Elephants.

That’s why as a conservation charity, Zoos SA is committed to safeguarding a future for these gentle giants.

We’re privileged to have these amazing animals call both Adelaide and Monarto Zoo home. In fact, Monarto Zoo’s giraffe herd is one of the biggest in Australia, and continues to grow!

Monarto Zoo’s incredibly successful giraffe breeding program is a significant piece of the puzzle working to secure a viable insurance population of giraffe in zoos. 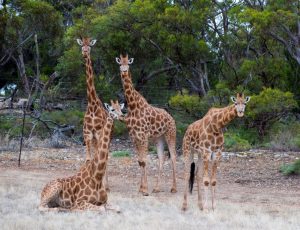 This year, we celebrated a significant milestone towards this goal, with two adorable giraffe calves joining the Monarto Zoo family.

Mabuti and Thando are the first giraffe to be born at Monarto Zoo in eight years and mark an important contribution to the breeding program working to secure a future this iconic species.

The adorable duo are the 40th and 41st calves to be born at Monarto Zoo, making us the most successful giraffe breeding facility in Australasia.

Both calves are thriving under the attentive care of mums, Myeisha and Kinky, and can often be seen running around and playing together in the waterhole habitat.

At just six months old, the youngsters have a big job ahead of them, as ambassadors for their wild cousins and as potential breeders to grow our vital insurance population.

And we’re proud to say our work creating a brighter future for giraffe doesn’t stop at our zoo’s gates.

This year, we also strengthened our commitment to giraffe beyond our zoos, with our new conservation partnership with the Giraffe Conservation Foundation (GCF).

Through this exciting new partnership, Zoos SA is proud to be supporting GCF’s vital work raising awareness and funds to promote giraffe conservation and habitat protection.

As a conservation charity that exists to connect people with nature and save species from extinction, we’re sticking our necks out to secure a future for giraffe.

We’re pleased to say, that with more giraffe births on the horizon this year at Monarto Zoo, the future of our herd is looking very promising.

Plus, with our commitment to supporting conservation work on the ground in Africa, we’ll continue to work hard to ensure generations to come can enjoy the wonder of these tall, gentle creatures.

You can help us secure a future for giraffe by donating today.