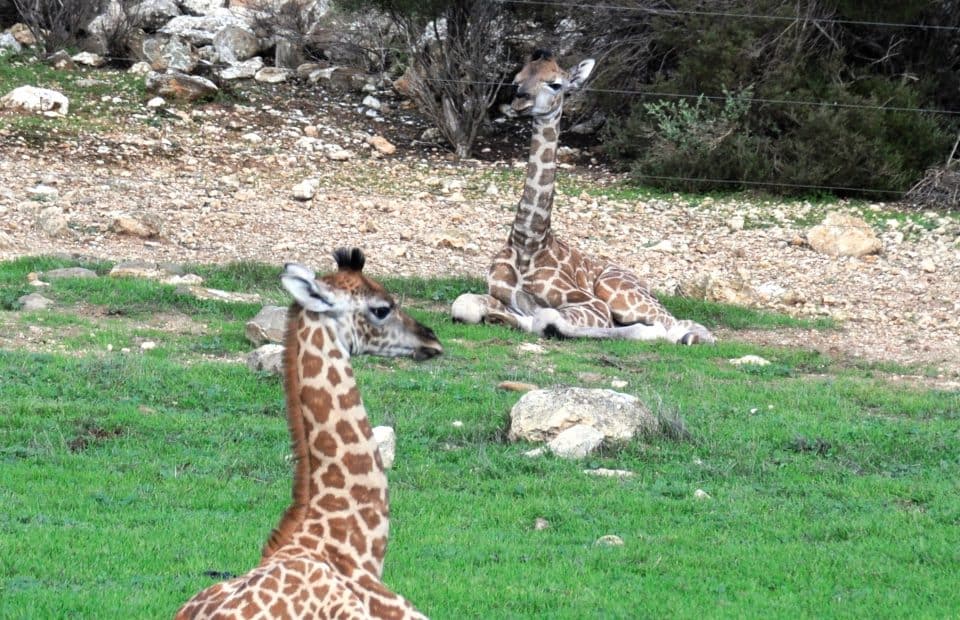 Another not-so-little baby has joined the Monarto Zoo family with the birth of an adorable giraffe calf this morning.

Born to fourth-time mum Kinky in the early hours of the morning, the youngster was discovered by zoo staff in the waterhole habitat at around 7am already taking its tentative first steps. 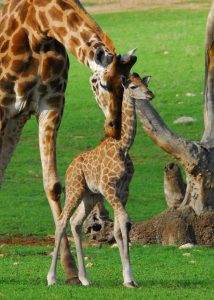 The calf is the second giraffe to be born at Monarto Zoo in two weeks, after an eight year break in our vital breeding program.

It’s an exciting time for the Monarto Zoo giraffe herd, with keepers hopeful three of our other females are in the early stages of pregnancy.

Giraffe keeper Matt Brewer said the new addition, whose sex is not yet known, was doing well under the doting care of mum Kinky.

“Kinky had been keeping us on our toes waiting for her labour; we had a few false alarms,” Matt said.

“It was definitely a nice surprise to discover her little one this morning already up and about and having a drink.

“Kinky is a wonderful mum and is sticking close to her baby and tending to its every need.

“It’s really exciting to have two calves so close in age so they can play and explore together.”

Classified as vulnerable to extinction in the wild, our two new calves are crucial to the breedi 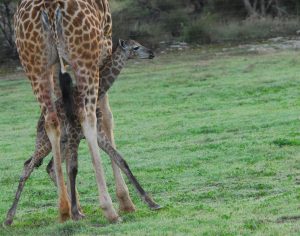 ng program working to secure the future of the world’s tallest animal, which is facing an uncertain future in the wild.

Habitat loss, poaching and civil unrest has seen giraffe numbers plummet from around 155,000 in 1985 to just 97,000 in 2015, which equates to a decline of almost 40 per cent over three giraffe generations.

This startling and devastating decline saw the giraffe reclassified as vulnerable to extinction last year by the International Union for the Conservation of Nature (IUCN).

As a conservation charity, Zoos SA is committed to continuing our successful breeding program to ensure generations to come can enjoy the wonder of these tall, gentle creatures.

The arrival follows a string of breeding successes at Monarto Zoo this year, with the recent births of five Cheetah cubs, a critically endangered Addax, endangered Prsewalski’s Horse calf and a Scimitar-horned Oryx, which are extinct in the wild.