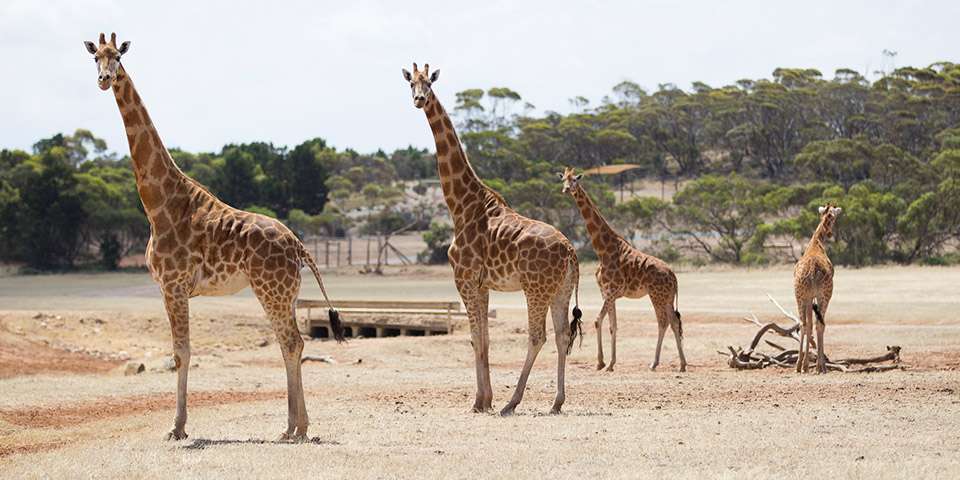 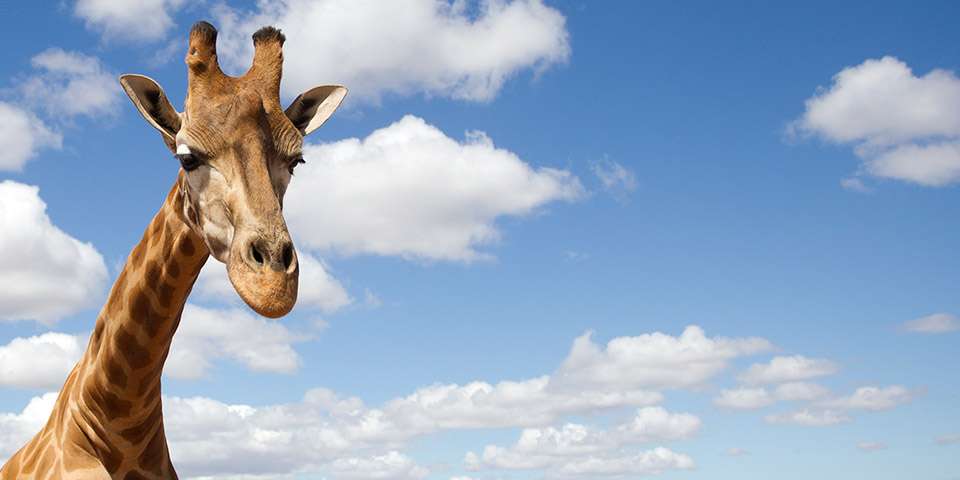 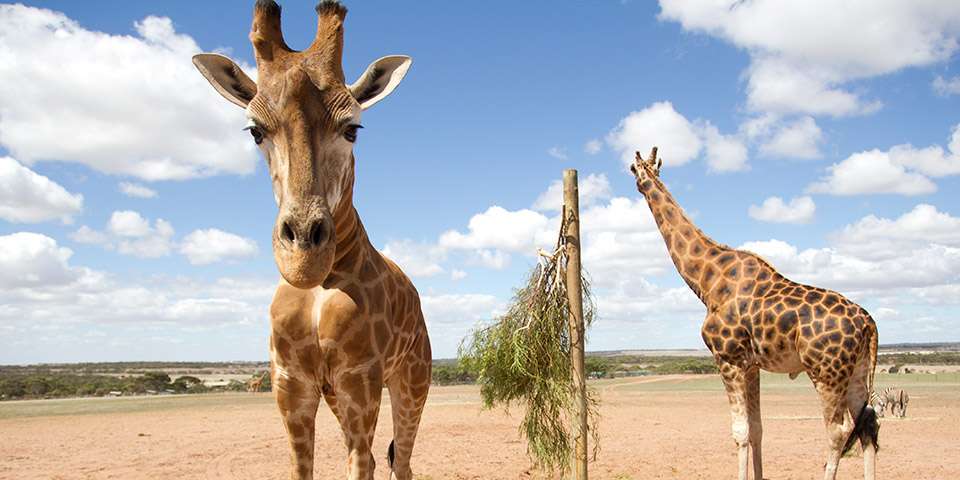 You can meet our gentle giants during a Giraffe Safari 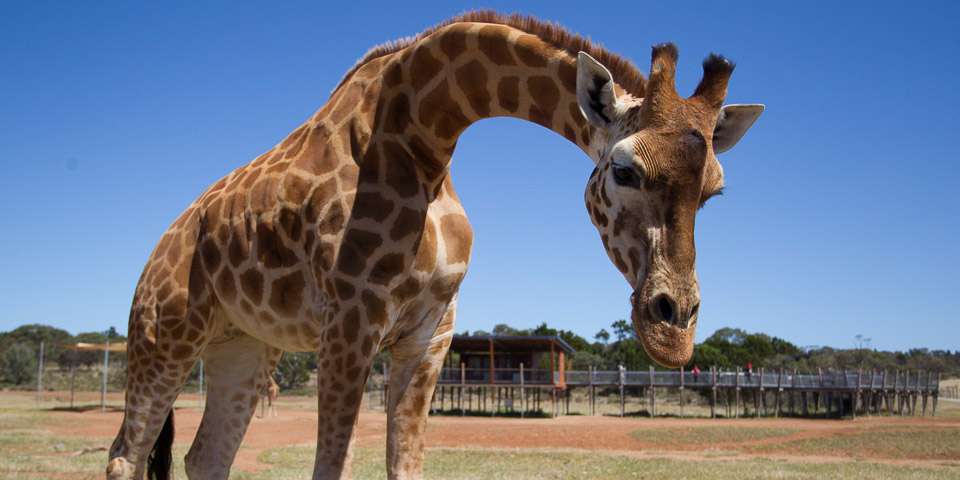 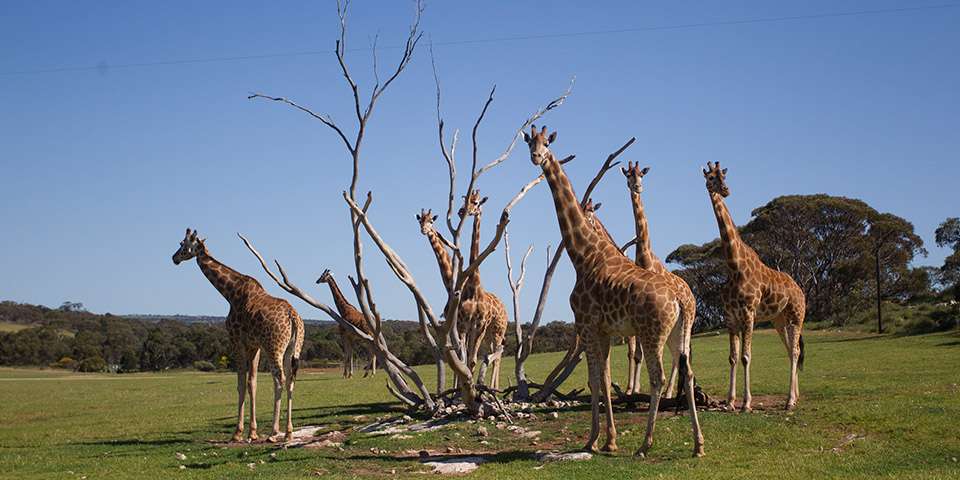 Eleven giraffes inhabit our drive-through habitat while a bachelor group of six bulls are housed in an off-limits area of the zoo.

You can meet Monarto’s boys on a Giraffe Safari animal experience, where visitors get the chance to come face-to-face with these gentle giants.

The giraffe is found in the arid and dry savannah regions of Africa south of the Sahara Desert wherever trees occur.

Giraffes form big, loose nomadic herds that wander the plains, feeding on vegetation as they go. They’re predominantly browsing animals, meaning they tend to eat leaves and bark off trees as the main part of their diet. This feeding pattern has allowed the giraffe to develop two very famous evolutionary traits – a very long neck and a very long, prehensile tongue that can extend up to 45cm! Both of these physical features allow giraffes to reach vegetation that is difficult to get to, giving it an advantage over other animals.

Giraffes are extremely picky eaters, favouring acacia trees, although they feed for up to 20 hours a day and consume approximately 30kg of foliage daily. A six-foot tall calf grows rapidly, as much as 2.5cm a day, and by six months old is fairly independent of its mother.

The giraffe has one of the shortest sleep requirements of any mammal, averaging two hours daily. Individual giraffes have a unique pattern on their coat, just like fingerprints are unique to each human.

It is estimated there are approximately 80,000 giraffe roaming the savannah plains of Africa. This number is declining as their habitats shrinks due to human population growth and an increase in agricultural activity, expanding settlements and road construction. The giraffe’s main food source, acacia trees, is also on the decline.

Hand feed our ginormous giraffe Have you ever wondered what it’s like to be knee-high to a giraffe? Experience...

Love giraffes? Join our herd and ensure giraffes stay a stride ahead of extinction! There are many ways you can help support these gentle giants. 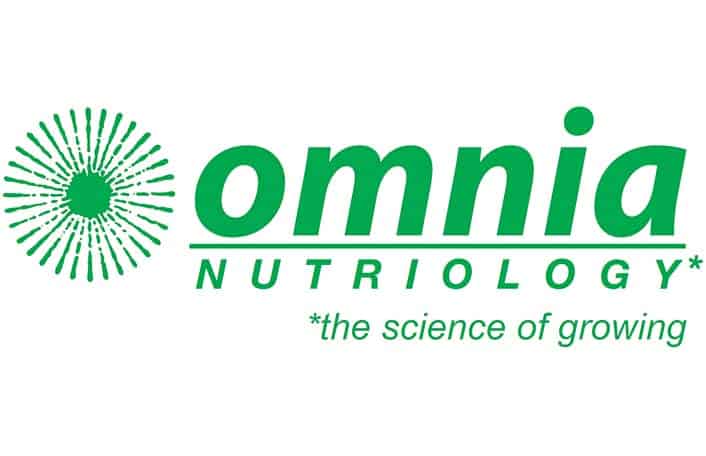