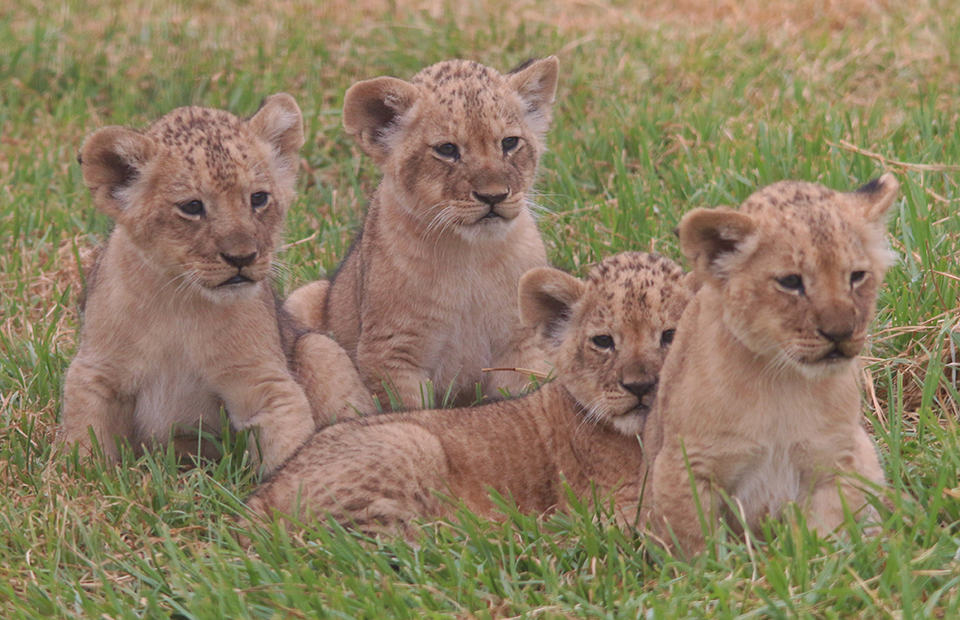 Vets and keepers certainly had their hands full yesterday as four feisty African Lion cubs had their first visit with the vet at Monarto Safari Park.

Each cub was microchipped, weighed, vaccinated, wormed and given an overall physical examination before being placed back in their private den area.

We’re pleased to announce the health check revealed three girls, weighing in at around 6kg each, and a boy who tipped the scales at 7.6kg.

Zoos SA Veterinarian Jerome Kalvas says all cubs were found to be strong and growing perfectly. 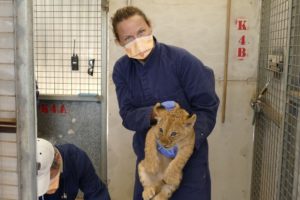 “We’re really happy with how the cubs are developing; they’re in excellent health,” Jerome said.

“They all have good body condition and their dental health is great too.”

Once all cubs were given a clean bill of health, they were swiftly reunited with each other and their mum.

Born to Husani in February, the cubs have been growing fast in their private den.

Keepers have been very hands-off with the foursome but have recently observed the cubs spending more and more time with their aunties, Makena and Nia.

Makena has been seen grooming and watching over the little ones, allowing mum a break from the cubs’ constant feeding, climbing and tail-pulling.

Monarto Safari Park carnivore keeper Christy says it’s great to see the females of the pride taking to the cubs so well.

“This is the first time the girls would have seen cubs so it’s wonderful to watch them all getting along,” Christy says.

“In the wild, females in a pride would help care for each other’s young so to see these natural behaviours is awesome.

“Makena has taken to the cubs brilliantly.

“While Nia is a little more hesitant with them, we can definitely see some feisty family resemblance between her and her nieces and nephew – we learned today that they’re very strong and their teeth certainly appear to be in perfect health!”

Husani, Nia and Makena were also born at Monarto Safari Park as part of our vital breeding program in 2013.

These cubs mark important contributions to the captive population of African Lions.

While Monarto Safari Park is currently closed to the public, people can keep up with the cubs on our Facebook and Instagram pages.