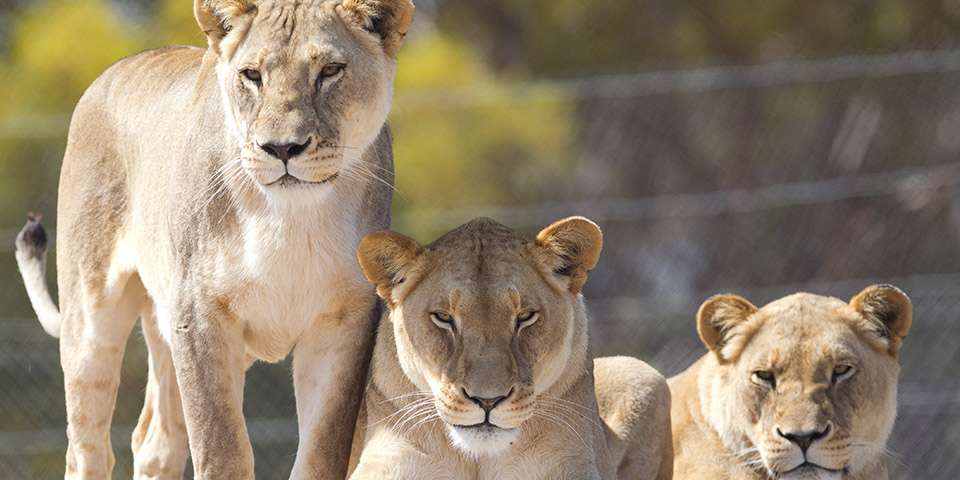 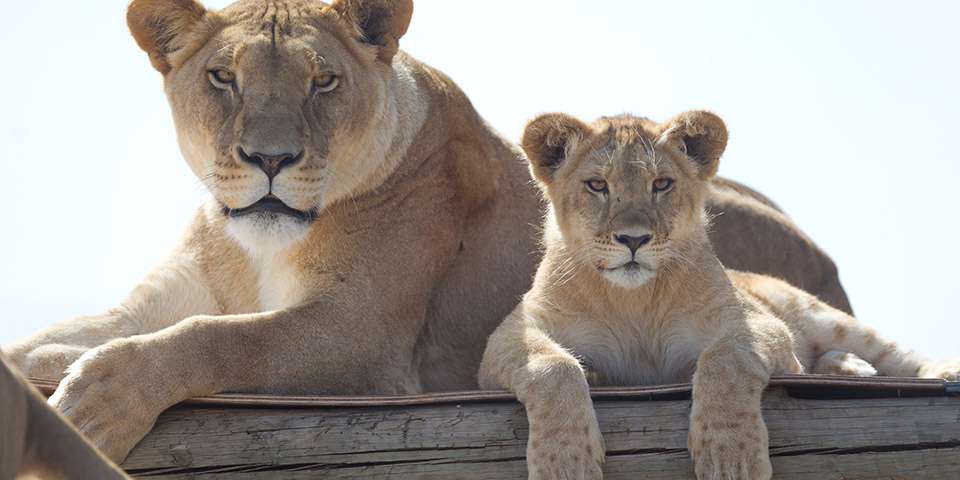 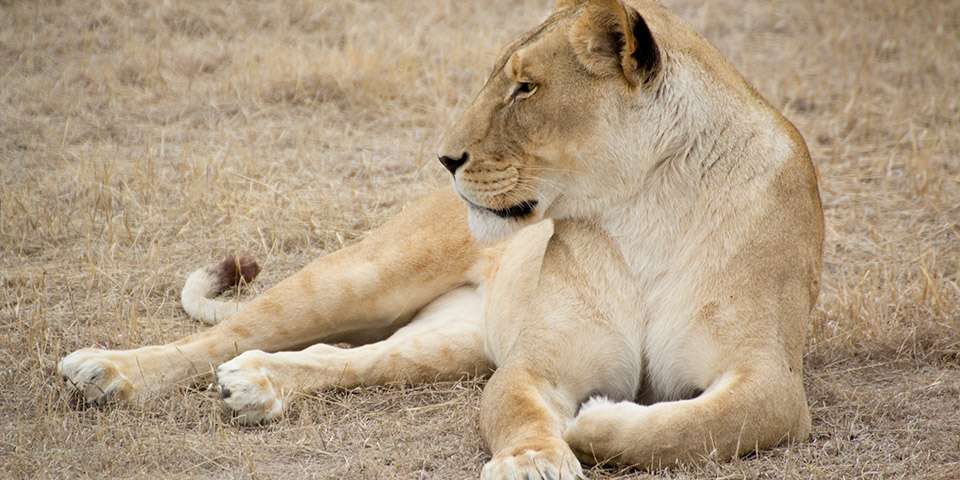 The females within the pride consist of sisters Nia and Husani, who were born in April 2013. They are joined by their half-sister, Makena, who was born in June of the same year. Also in the mix are sisters Adira, Chikondi and Zahara from Husani’s first litter born in February 2020. Our pride males include brothers, Kashka, Kubwa and Kito, who arrived in 2018 from Werribee Open Range Zoo in Victoria. Monarto Safari Park is also home to two bachelor males, Jelani born in 2013 and an older male Inkosi who was born in 2007 as part of Monarto Safari Park’s first-ever litter.

In 2022, mum Husani welcomed three adorable cubs to the pride. Brothers Chad and Ruka and sister Malkia are now visible to the public with the rest of the pride in their 10.8ha exhibit!

The lions have access to a huge open range exhibit and have an extensive enrichment collection including bowling balls, different sized barrels and ocean buoys. As for their favourite treats… when you’re a hungry lion, everything is delicious! Each of our lions have their own distinct personality and characteristics but all share a love for a tasty treat of turkey pieces and basking in the sun under the shade of the trees in their habitat.

African Lions are native to sub-Saharan Africa and live in rich grasslands and light woodlands of eastern Africa to the more arid areas of the Kalahari Desert.

Lions live in large family groups called prides, which usually consists of a dominant male, a dozen females and their offspring. Lionesses share the hunting and babysitting duties, but it’s not all easy going for the boys, who are responsible for protecting the pride and territory. As the only social cat, they have a well-developed sense of humour!

Ensuring African Lions thrive for years to come is no funny business. It’s estimated that between 16-30,000 lions exist in the wild. Lions historically ranged throughout Africa, the Middle East and southwest Asia. Today, the population is found in an isolated pocket of India, where the Asiatic Lion is classified as endangered with less than 400 individuals remaining, and sub-Saharan Africa.

Like lion numbers, habitat for lions has declined as human population, land cultivation and numbers of livestock have steadily increased in areas lions call home. Lions are often killed to protect livestock or as retaliation kills for livestock loss.

Enjoy a jaw-dropping, absolutely safe encounter, which gives you a prey’s-eye view into the world of these awe-inspiring predators....

Put our pride of African Lions to bed Assist the keeper in calling the lions into their night quarters...

Love lions? Join our pride and ensure lions stay a pounce ahead of extinction! There are many ways you can help support these majestic creatures.