Six adorable pups have first visit with the vet 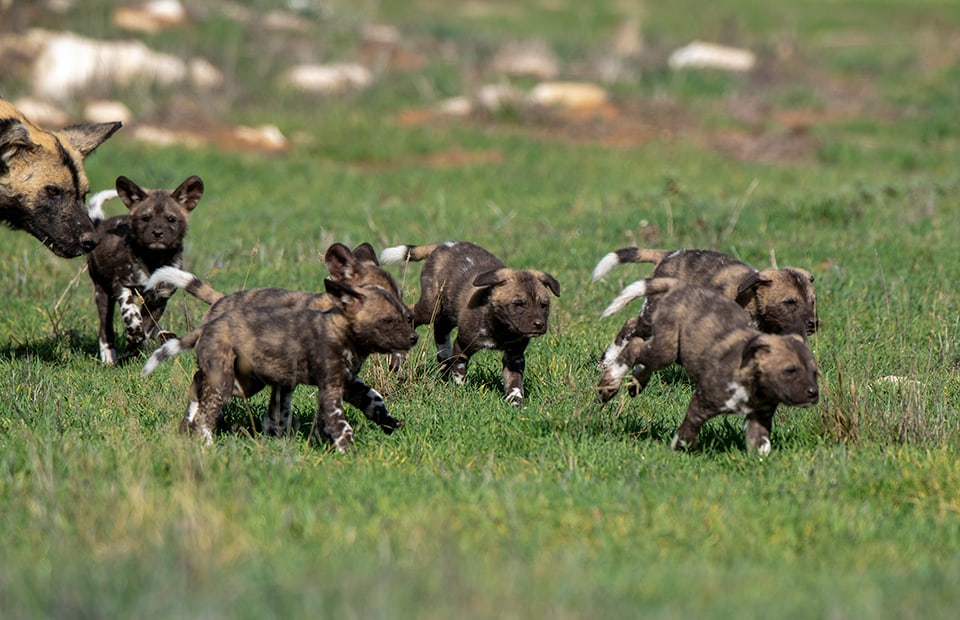 Six adorable pups have first visit with the vet

It’s certainly been busy for the vet team at Monarto Safari Park with no less than six African Painted Dog puppies receiving their first health check at seven weeks of age.

Each pup was given a general physical examination, as well as being vaccinated, wormed, microchipped and their markings photographed for identification purposes.

Zoos SA Veterinarian Jerome Kalvas says the puppies all look to be in tip top shape.

“They’re all in great condition and are healthy weights so we’re very happy.”

In addition, the health checks revealed what keepers had been waiting for – to know how many male and female dogs are now part of the pack.

The sexing of the dogs revealed four girls and two boys, all weighing between a healthy 4.1 and 4.7kg. 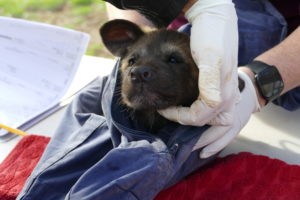 After their health check, the pups were reunited with their mum in their den.

Born to first-time mum Bulu in late April, the little ones are very adventurous and can often be seen playing outside the den with other members of the pack.

Their differing personalities are already becoming evident with some much feistier than others during their check.

African Painted Dogs are very social and have a rich, cooperative pack life led by a dominant pair, with many pack mates supporting the dominant pair and their offspring.

One of Africa’s most successful predators, these dogs hunt in large packs that pursue their prey in long open chases.

Nearly 80% of all wild dog hunts end in a kill, while African Lions, who are often viewed as the ultimate predators of Africa, have in comparison a 30% success rate.

African Painted Dogs have a unique evolutionary line and are one of the rarest species on the African continent. Their ancestry can be traced back some 40 million years.

This species once ranged through 39 countries with a population of more than 500,000 individuals that thrived through the turn of the twentieth century. 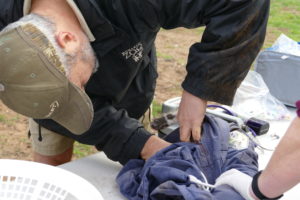 Sadly, today they are listed as endangered by the International Union for the Conservation of Nature (IUCN) and their numbers total less than 7,000 with this population quite fragmented.

As a conservation charity that exists to save animals like the African Painted Dog from extinction, we’re proud to be spreading awareness about this species to our visitors and followers, as well as supporting the protection of this species on the ground in Africa.

We proudly support conservation organisations like the Zambian Carnivore Program, Painted Dog Conservation Inc and Sera Wildlife Conservancy as they fight poaching and protect the habitat of this species on their home continent.