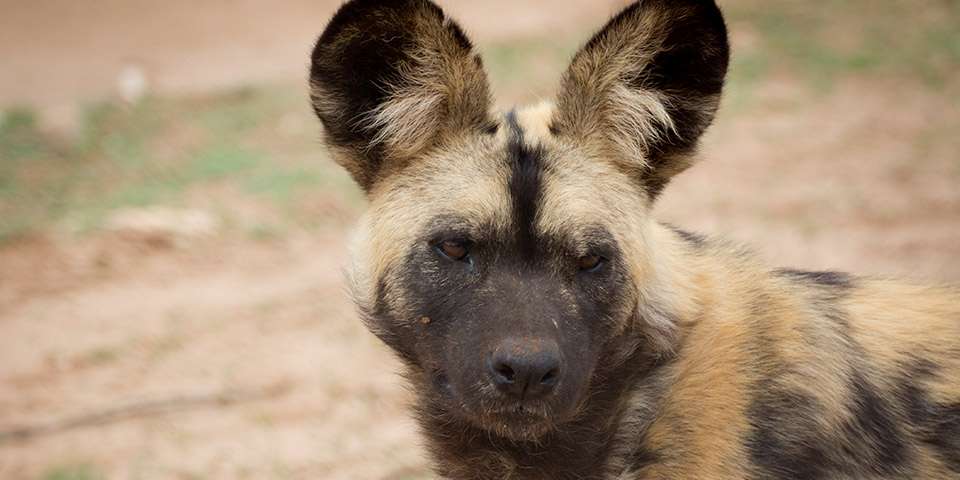 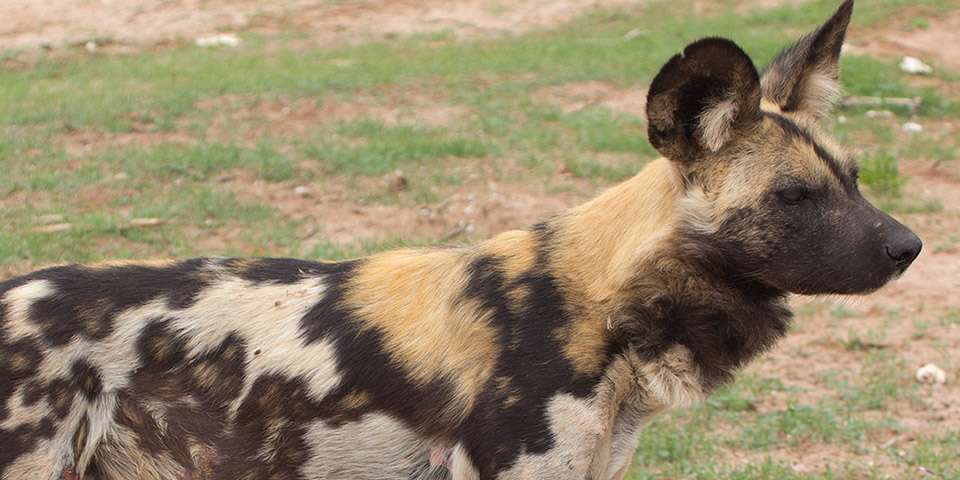 African Wild Dogs are one of Africa’s most successful predators 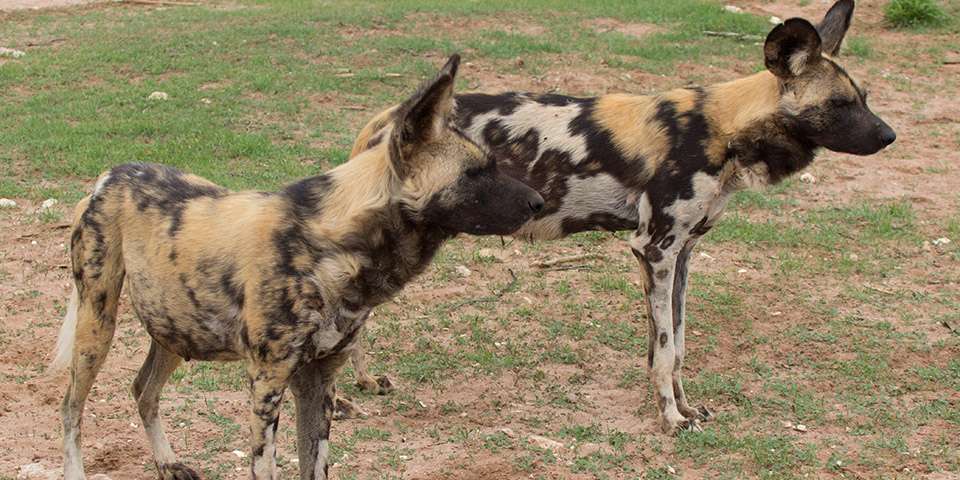 Monarto Safari Park is home to a pack of three African Painted Dogs, Jengo, Itanya and Gibby.  Jengo is the proud father of female Itanya and male Gibby, who were born in January 2016 as part of the the first successful litter at the zoo since 2008.

Jengo, the zoo’s breeding male, was born in 2009 at Taronga Western Plains Zoo. He arrived to Monarto in 2013 and can be distinguished by his unusually white coat and very long legs!

Gibby and Itanya, now adults, are very energetic and love chasing and playing with each other.

Our gorgeous dogs share the main drive-through exhibit with the hyenas on a rotating basis. Sharing the exhibit is a great stimulant for both species and this, coupled with environmental enrichment, ensures their senses are stimulated with variety. The dogs’ favourite enrichment is ostrich eggs and feathers, rhino dung and scented oils, which they have a ball investigating and rolling in.

African Wild Dogs roam the savannahs and lightly wooded areas of Africa and are considered to be among the continent’s most endangered species.

The African Wild Dog can trace its ancestry back some 40 million years. They have a unique evolutionary line and are one of the rarest species on the African continent.

They once ranged through 39 countries with a population of more than 500,000 individuals that thrived through the turn of the twentieth century. Today, their numbers are less than 7,000 and their population is quite fragmented.

Their shrinking world has been impacted primarily by human interference, including poaching, road kills, the spread of domestic dog disease and habitat fragmentation. These threats present the greatest challenge to the survival of African Wild Dog.

Best known for their famously large, round ears and multi-coloured coat, African Wild Dogs are very social and have a rich, cooperative pack life led by a dominant pair.

They are one of Africa’s most successful predators; hunting in large packs that pursue their prey in a long, open chases. These chases may occur at great speeds of up to 66kph for up to 60 minutes and stretch over great distances. Nearly 80% of all wild dog hunts end in a kill. In comparison, the success rate of lions, often viewed as ultimate predators, is only 30%.

Please note, due to COVID-19 restrictions, we have suspended the sale of date-specific tickets to this animal experience until...

Love Africa Wild Dogs? Join our pack and ensure wild dogs stay a leap ahead of extinction! There are many ways you can help support these majestic creatures.