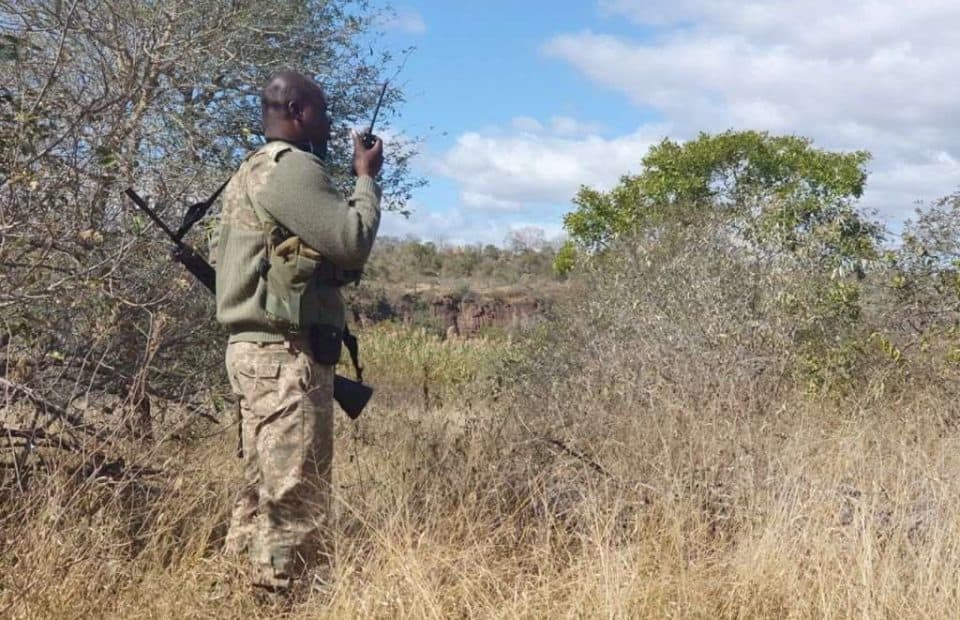 World Ranger Day is marked annually on 31 July and is an International Ranger Federation initiative, promoted in association with The Thin Green Line Foundation.

A job as a ranger is not easy –  their bravery, dedication and commitment to protect species against poaching and fires is one of the most dangerous yet most vital roles we know.  Shockingly, many rangers  risk injury and death on a daily basis. World Ranger Day commemorates current rangers and those who have lost their lives or been injured in the line of duty.

“Zoos South Australia supports the Game Ranger Association of Africa’s membership and wages of 37 Rangers at Sera Conservancy in Northern Kenya where they have been instrumental in ensuring the success a black rhino reintroduction project. Their work now includes the protection of seventeen black rhino several of which were bred in the Conservancy, says Peter Clark, Director of Monarto Safari Park.

Recently and with the support of The Australian Rhino Project and local business Ambleside Distillers, we contributed funds to the Kruger Honarary Rangers to go towards vital radio equipment in particular batteries for 300 units. These batteries are really important when it comes to protecting rhinos as there is currently very little funding available due to almost no international visitors to Kruger due to the COVID-19 Pandemic. These brave rangers protect African Rhinos and a range of other species including cheetah, wild dog and African birds from poachers. Additionally, they are a dedicated group of volunteers helping with conservation projects, community awareness, fundraising and on the ground support.

A letter from Kruger National Park outlined the usefulness of the radio battery donations:

Two-way radios are mission critical for coordination during law enforcement and conservation operations. They enable constant communication amongst Rangers, Air Support, K9 Units and the Radio Room or Operations Centre and reliable radio communication can be the tipping point between success and failure. Radio communication can mitigate loss of life, facilitating immediate requests for medical response, alerting Rangers to danger, and implementing rescue or support operations. Likewise, radios aid in strategy and communication within units. Rangers use them to discuss confidential information and give orders. When things don’t go as planned, communication is vital and radio communication is globally utilized to communicate in both high risk and casual situations alike.

This is particularly applicable in a place such as Kruger NP which extends over 2 million hectares, with vast areas that have very poor or no cellular phone reception which can be used to communicate. Kruger Ranger Services would therefore like to express their gratitude to Ambleside Distillery and Zoos SA in South Australia as well as The Australian Rhino Project for the generous donation of radio batteries which were distributed across all 22 Sections in the Kruger and will be used to ensure that Rangers in the field have sufficient batteries during extended patrols and deployments in the field.

Zoos SA would like to thank the rangers around the world who risk injury and life protecting wildlife for us all. #WorldRangerDay