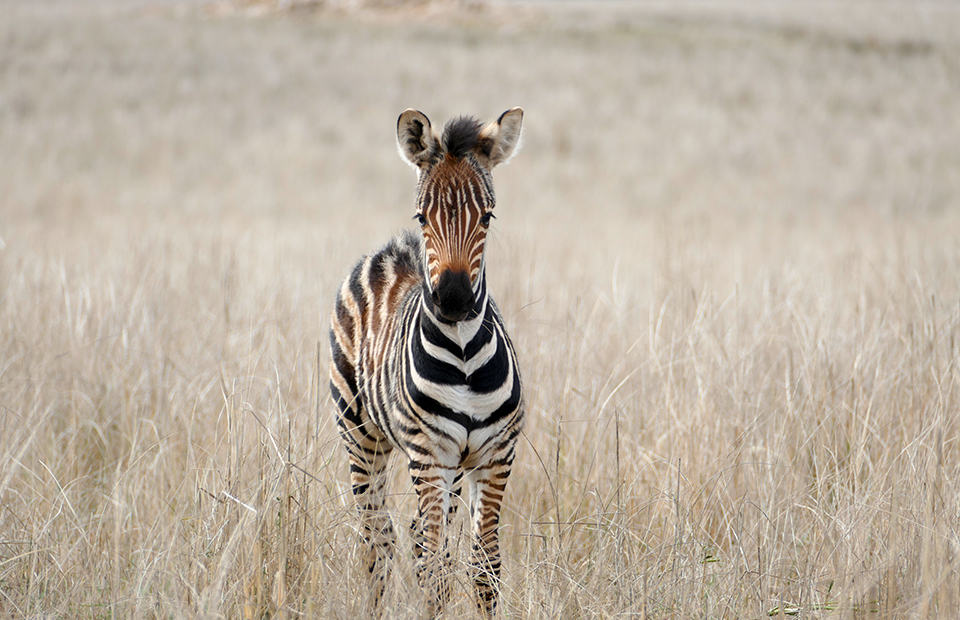 What has four tiny hooves and is covered with stripes? Monarto Safari Park’s newest zebra foal!

Born to experienced mum Kali last week, the little one has settled in with the rest of the herd and can be seen trotting beside mum as the group move around their whopping 180-acre exhibit.

Monarto Safari Park keeper Alice Hardstaff said the addition of a new foal is great news for the herd.

“Kali’s foal is settling in quickly which shows how comfortable the herd are since their move to the new exhibit in March,” says Alice.

“It will be thrilling to look around this exhibit and see it teaming with even more animals in future, and this foal is hopefully just the first in a long line of stripy new additions.”

It’s believed the foal is a little girl and staff will keep an eye out for confirmation, but at this stage, Kali is doing a great job of keeping the foal at a distance!

The zebra is sadly classified as near-threatened with extinction by the International Union for the Conservation of Nature (IUCN).

Contrary to popular belief, the zebra population in the wild has declined in 10 out of the 17 range states in Africa since IUCN Red List assessments began.

As a conservation charity, Monarto Safari Park is working to save animals like the zebra from extinction through a breeding program ensuring an insurance population of healthy zebra genetics is continuing, as well as through facilitating opportunities for the public to connect with this incredible species.

Visitors to the park will have two opportunities to see zebras if they hop on a free Zu-Loop bus tour, but this herd, including the newborn foal, is behind-the-scenes as part of the new Wild Africa precinct.

Down the track, the area will also house other free-ranging species like Giraffe, Bongo, Nyala, Hippos and Southern White Rhino.

Monarto’s Wild Africa vision is no small project – over 550 hectares (1,400 acres) have been planted with specific grasses to not only provide food for the huge number of animals who will call the area home, but also to create scenes reminiscent of the African Plains.

Work is continuing on site for the exciting upcoming walk-through lemur exhibit with completion set for early next year, as well as more feral-proof fencing, irrigation and our Anthony Taylor Rhino Quarantine and Management Centre almost finished.

Visitors will be able to experience a Wild Africa safari at the park as early as 2022, with construction of the accommodation and Visitor Centre already underway.

You can head to monartosafari.com.au for more information.