Monarto Safari Park is open under a SA Health Covid Management Plan. You must book a ticket prior to your visit, wear a face mask at all times, and follow our entry restrictions. Read more here.

Baby on the way! Keepers excitedly anticipate the pitter-patter of tiny rhino hooves 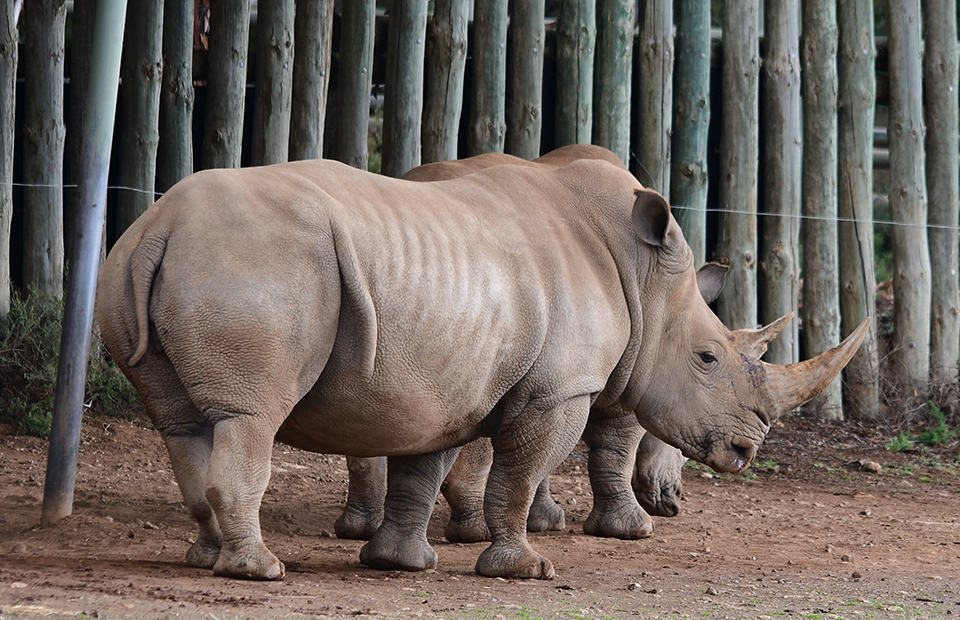 Baby on the way! Keepers excitedly anticipate the pitter-patter of tiny rhino hooves

While our dedicated keepers had witnessed matings between Umqali and male Satara back in March last year and had analysed hormone results indicating pregnancy for months, the species’ long gestation period (around 500 days) makes it a slow process to confirm a more exact due date.

Through continuing to monitor Umqali’s progesterone levels, the team were recently able to nod towards a date at the end of this month.

“We’re really excited to confirm Umqali is going to have her baby soon,” says Anna.

“She’s a fantastic, caring mum and we anticipate she’ll be just as attentive this time around. 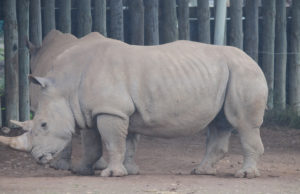 “Of course, baby rhinos are just adorable so the team is quite excited to have a little one running around, that’s for sure.”

Keepers will be able to keep an eye on Umqali’s later stages of pregnancy and her calf after the birth through CCTV cameras which are positioned around the rhino exhibit.

Keepers have already been lucky enough to catch sight of some movement coming from Umqali’s belly, and with the birth not far away that’s only set to increase.

Weighing anywhere from 40 to 65kg at birth, Southern White Rhino calves gain the confidence to explore their surroundings within a few weeks but will remain close to their mother for years.

During this time they will grow rapidly, gaining an impressive two to three kilograms every day.

“Young rhinos are a lot of fun – they’re very boisterous and playful and can often be seen racing around their exhibit and rubbing their tiny horns on things,” says Anna.

The calf will be the seventh calf born at Monarto Safari Park and sixth calf born to experienced mum Umqali.

With the loss of more than 8,000 rhinos over the last decade in South Africa alone, Southern White Rhinos could be fast headed for extinction if things don’t change.

This makes every rhino born at Monarto Safari Park a precious contribution to the breeding program striving to save their species.

Zoos South Australia is working with The Australian Rhino Project and a number of other partners to bring a rhino sanctuary to life at Monarto, with the funds from our previous gala nights helping the project well on its way.

Thanks to a recent generous donation, we’re thrilled to now be able to complete the Anthony Taylor Rhino Quarantine and Management Centre, which will eventually help manage up to 30 Southern White Rhinos after their importation from South Africa.

Here, they will form the basis of a critical insurance population, safe from the dangers of poaching, and will be able to help populate wild groups if needed into the future.

The rhinos in question will need to spend a 12-month quarantine period in New Zealand before coming to Australia.

Visitors might be able to catch a glimpse of pregnant Umqali and the rest of the herd from our Zu-Loop bus, as well as from the Rhino viewing platform.

To help keep everyone safe while watching keeper talks, visitors are encouraged to keep their distance from others or watch a pre-recorded talk on their devices if space is no longer available on the viewing platform. Look for QR codes at the platform to access the online presentations.