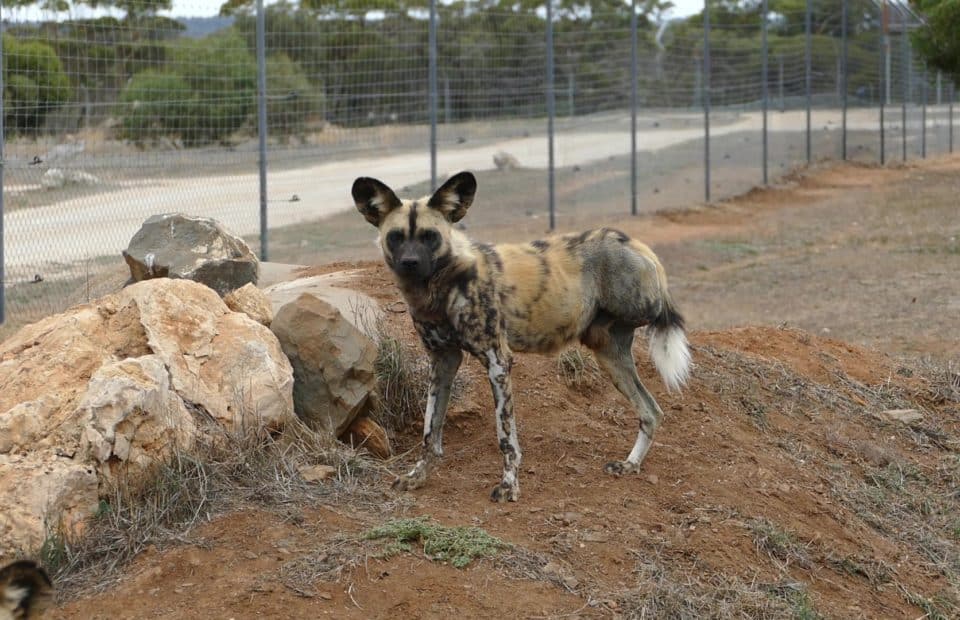 Carnivore keepers at Monarto Safari Park are counting their blessings after an African Painted Dog named Onika has returned to full health after having one of its back legs amputated. 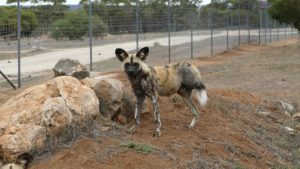 “Carnivore keepers noticed that Onika, one of our two-year-old males, suddenly developed a lame back leg which didn’t improve over the following few days. A physical examination was warranted, which required an anesthetic, and we discovered that it was broken,” said Zoos SA veterinarian Ian Smith.

“Wild dogs can’t be separated from their pack for long periods of time making confinement required for such a complex surgical repair out of the question. The only option was to amputate the leg which allowed Onika to return to his pack that day and recovery was monitored from there.

“The whole procedure (anaesthetic, transport to the clinic, x-rays and surgery) lasted approximately five-hours and he was released back to the pack within an hour of waking up,” finished Ian.

“As is typical of African Painted Dogs, the pack immediately started to look after him,” said Carnivore Keeper, Jaimee Button.

“The rest of the pack would encourage him, put their muzzle under his muzzle and get him to interact. They would also allow him to get a good amount of food before they fed.

“Just a few weeks later and Onika can now jump up and grab food, -eat well amongst the pack and is moving about with ease. It’s amazing to see how well he is doing,” finished Jaimee.

The caring nature shown by Monarto’s pack is typical. African Painted Dogs are known for their rich and cooperative pack life led by a dominant pair.

African Painted Dogs are one of Africa’s most successful predators; hunting in large packs that pursue their prey in a long, open chases. These chases may occur at great speeds of up to 66kph for up to 60 minutes and stretch over great distances. Nearly 80% of all wild dog hunts end in a kill. In comparison, the success rate of lions, often viewed as ultimate predators, is only 30%.

Painted Dogs are sadly one of Africa’s most endangered carnivores, with less than 2,000 mature individuals thought to be in existence in the wild. Habitat fragmentation is considered to be their greatest threat.

Lockdown jobs?…. Hope the Chimpanzee giving the windows a clean! Another job? Find your old mobile phones and recy… https://t.co/CcE8jlzIPE