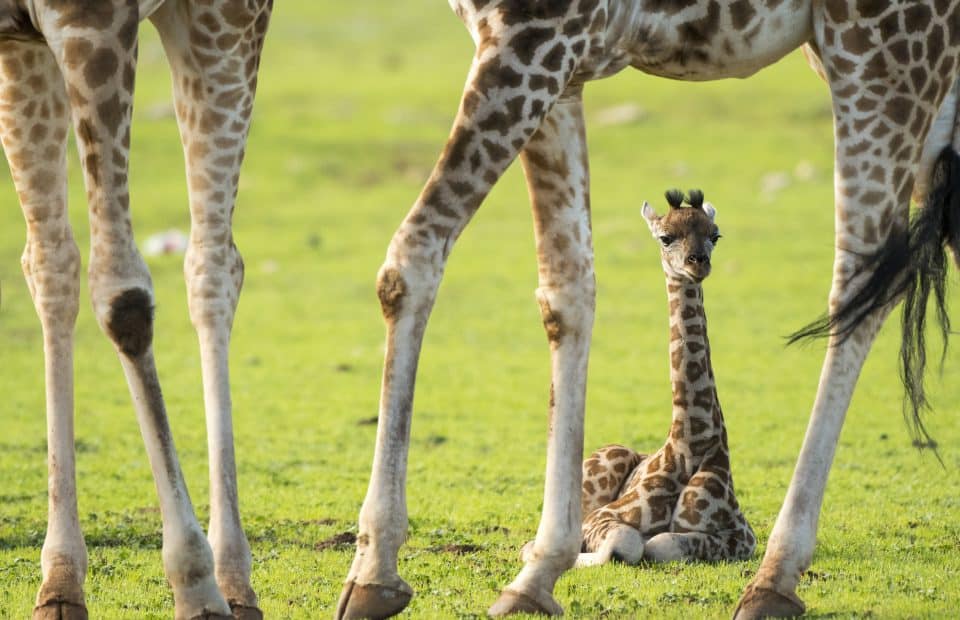 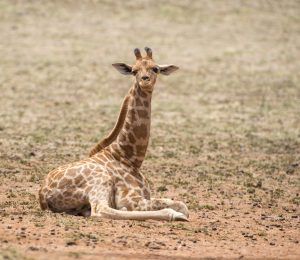 Thanks to a baby boom, Monarto Zoo was thrilled to welcome three adorable giraffe calves to the wild family in 2017, with a fourth arriving last month.

While you probably know about how all the little ones are doing, you mightn’t know all the ins and out of giraffe births and how the youngsters navigate their first few months of life.

Mums are pregnant for a long time

While carrying a baby for nine months may seem like long enough for some human mothers, spare a thought for giraffes who have gestation periods of 15 months! The 400-470 day growing period makes sure the calf is developed enough to quickly stand up and move around – an important ability when you share your savannah habitat with lots of hungry predators.

Giraffes give birth standing up

Newborn giraffes enter the world in a sort of ‘superman’ position: front legs and head first, followed by their body, and then back legs. Because of the extreme size of their offspring, giraffe mums give birth standing up so as to not damage their babies’ lengthy necks. This is something that one of our female giraffes, Kinky, unfortunately knows all about! When her mother gave birth to her she was sitting down, squashing Kinky as she entered the world and giving her the kink in her neck by which she gets her name! Surprisingly, the two-metre fall from their mother’s womb to the ground below doesn’t hurt baby giraffes, but rather helps them by snapping their short umbilical cords and tearing the amniotic sack. The shock of the landing also helps stimulate the little giraffe to take its first breaths. Amazing! 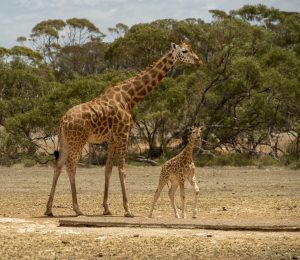 While newborn giraffes may look tiny when next to their incredibly tall mothers, the not-so-little bubs are actually born as tall as a human adult. Standing at around six feet, or 1.8 metres, tall and weighing around 50 to 70kg, these calves are anything but small. What’s more, baby giraffes grow up to 2.5cm every day during the first week of their lives, and will have roughly doubled in size by the time they celebrate their first birthday.

Babies are up straight away

Being born is exhausting business but unfortunately a giraffe calf doesn’t have very long to relax after it enters the world. Within hours of leaving the safety of their mum’s womb, young giraffes can stand, feed, and walk, which is particularly important when they need to follow their herd away from the threat of ferocious carnivores. 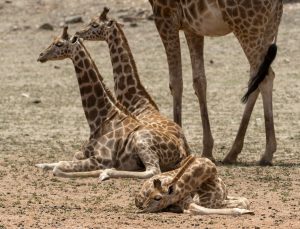 The herd has lots of babysitters

They say it takes a village to raise a child, and the same can be said for the offspring of these lofty mammals. Mother giraffes will often move and browse together with their calves in nursery herds. The babies love to hang around together and play, so they are watched by singular females in an area known as a crèche. This gives the other mums a chance to feed and drink in peace, knowing their little ones are safe from harm before they later take over the babysitting duties themselves.

Now that you know all about how giraffes spend their first moments in life, race into Monarto Zoo soon to see the little ones for yourself!