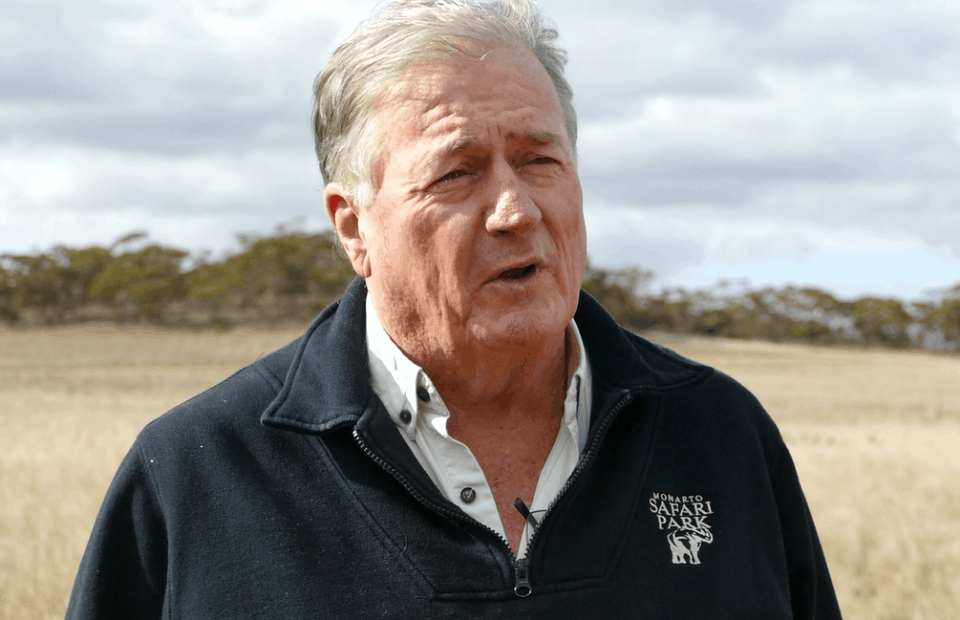 Zoos SA is celebrating the recognition of Peter Clark, Director of Monarto Safari Park who was awarded a UNESCO Achievement Award for his conservation career spanning nearly 50 years.

The award was presented at a ceremony on 1 June 2021 held at Government House with Mrs Rice noting to His Excellency Clark’s work in both Papua New Guinea and South Australia with ‘some of the rarest animals in the world’.

“It’s a great honour to receive this award and to be recognised for my conservation work,” said Peter Clark.

“I have a lot of great memories of work both in Papua New Guinea and now at Monarto Safari Park and I am immensely proud to say that conservation has been at the heart of all of it. I would also like to say that all of it has come about with the help of others, both from family and from like-minded colleagues and partners. It’s fantastic to be recognised in this way,” finished Peter.

“This award is extremely well-deserved,” said Elaine Bensted, CE of Zoos SA. “The entire Zoos SA family extends its congratulations and thanks to Peter for his enormous efforts over the years.”

Peter Clark began working as an agricultural advisor for the Papua New Guinea and Australian Governments in 1973. Five years later, he was responsible for the establishment and management of the Insect Farming and Trading Agency for the Papua New Guinea Environment and Conservation Department.  This agency operated for 25 years, employing over 2,000 villagers and marketing insects including butterflies of the region.

His career at Zoos SA began in 2003 when he was Curator of what was formerly Monarto Zoo. Clark worked his way up to his 2018 appointment as Director of Monarto Safari Park, soon to be home to the largest safari experience outside of Africa.

Peter Clark has been fundamental in plans to bring vulnerable Southern White Rhinos to South Australia. The Rhino Management and Quarantine Centre at Monarto Safari Park is nearly complete and is now awaiting the arrival of 30 rhinos to be transferred from South Africa via New Zealand before establishment at Monarto. This exciting project is in partnership with The Australian Rhino Project, Taronga Conservation Society and Orana Wildlife Trust.

Clark has personally identified the Southern White Rhinos that will move to South Australia, ensuring an Australasian insurance population of up to 120 animals, which should be sufficient to be genetically sustainable in Australasia for the next 70 years.

Peter Clark’s UNESCO Achievement Award was one of five presented as part of the UNESCO Adelaide Awards 2021.