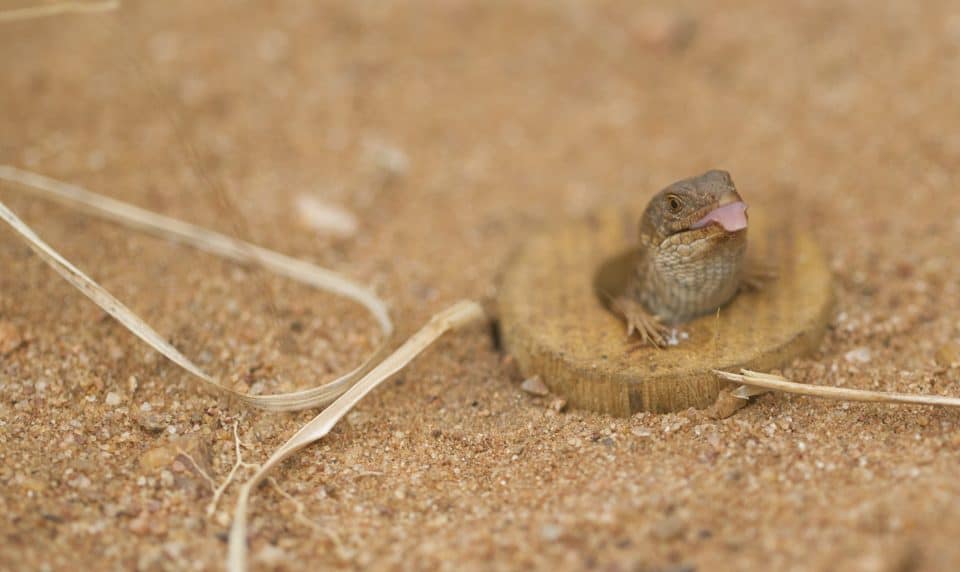 Last year, we were thrilled to announce a world-first in conservation with the successful captive breeding of 14 endangered Pygmy Blue-tongue Lizards.

This year, we are proud to continue this success with 12 neonate Pygmy Blue-tongues joining the Monarto Zoo family!

Our breeding success represents a major contribution towards the conservation of one of our country’s rarest native reptiles and this year’s births are a significant step forward in safeguarding the species from extinction.

Female lizards give birth to live young with babies sharing a burrow with their mum and siblings for the first couple of weeks.

The Pygmy Blue-tongue was once thought to be extinct and is only found in the mid-north of South Australia between Kapunda and Peterborough.

This amazing little lizard had not been seen in its natural habitat for more than 30 years when in the spring of 1992 a herpetologist examining the stomach contents of a roadkill Eastern Brown Snake discovered the body of a Pygmy Blue-tongue.

Over the 25 years that have passed since its rediscovery, a focused research program involving a diverse range of stakeholders including Zoos SA, has been working to ensure the recovery and conservation of the species and develop an understanding of this unique lizard.

As their name suggests, Pygmy Blue-tongues are much smaller than other members of the blue-tongue family, rarely exceeding 18cm in length, and is distinctive because their tongue is actually pink in colour!

The Pygmy Blue-tongue is also unique in that it spends most of its time in the safety of disused spider burrows created by either Trapdoor or Wolf Spiders, emerging to feed and bask in the sun.

It’s World Rhino Day 🦏 Let’s work together to save this incredible animal. Take part in our competition and guess t… https://t.co/Z8Tvgfd6WD