Newly named cheetah cubs step out into the spotlight 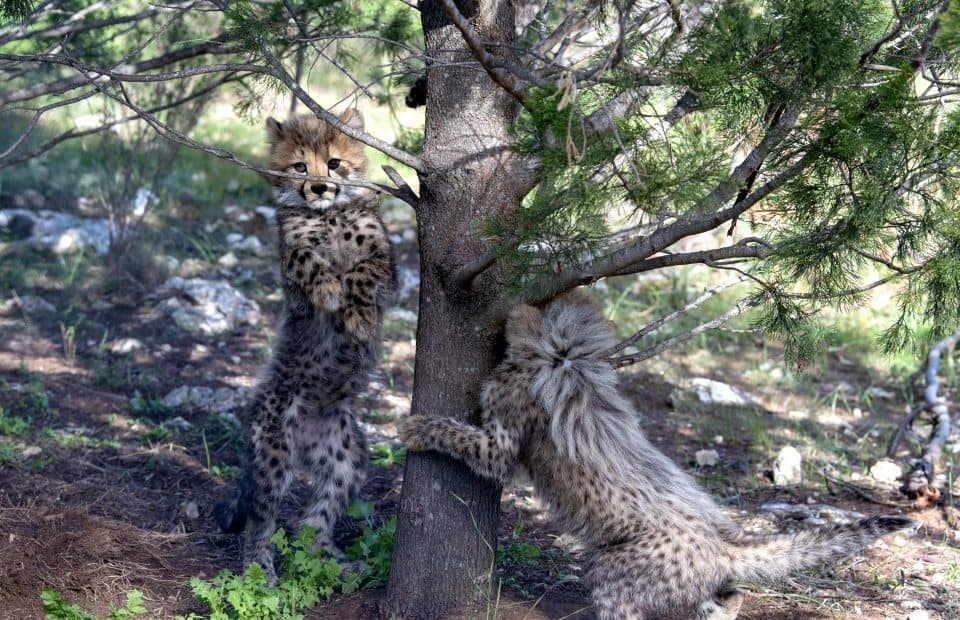 Newly named cheetah cubs step out into the spotlight

Grab the kids and put on your khaki: the wait is finally over to meet Monarto Zoo’s four adorable Cheetah cubs!

The three-month-old cubs, a little boy and three girls, will officially make their public debut today, just in time for Father’s Day.

Earlier this week, a public voting contest determined the names of the new cubs. We are pleased to introduce the youngsters as Mapenzi, Kuishi, Mara and Thumani.

Monarto Zoo Carnivore Keeper Gale Akerman after months of anticipation and preparation the cubs are now ready to make their debut.

“Everyone’s been waiting with bated breath to meet the little fur balls and we’re so excited that today’s the day,” Gale says.

“We are really pleased with how the cubs have grown under Kesho’s watchful eye, each one has its own individual personality which is quite adorable.

“Now that they’re out of the den, they’ll have an absolute ball playing together.”

The cubs spent their first few months of life in a private den with Kesho to allow the family to bond.

But earlier this month, lucky visitors were able to catch glimpses of the group in the behind the scenes Cheetah Experience.

“The cubs definitely built up some confidence during the behind the scenes experiences, so they are now raring to go and explore their new home,” Gale says.

Classified as vulnerable to extinction in the wild, these little felines have a bright future ahead of them and mark an important contribution to the breeding program working to secure the future of cheetah.

“The cubs will play an important role in helping to educate the public about the plight of their wild brothers and sisters,” Gale says.

“At the moment, Cheetah numbers in their native eastern and south-western Africa are scarily low, with only 6,700 estimated to be left in the wild.

“Habitat loss and fragmentation, as well as the killing of Cheetahs to protect livestock, has seen almost half of the wild population disappear in the last 35 years.”

Five-year-old Kesho was born at Monarto Zoo in 2012 as part of Zoos SA’s cheetah breeding program. Dad, six-year-old Saadani was born in the Netherlands and arrived in South Australia in 2014.

Race in to catch these cubs this Father’s Day!