Monarto Zoo cheetah cub off for his big adventure 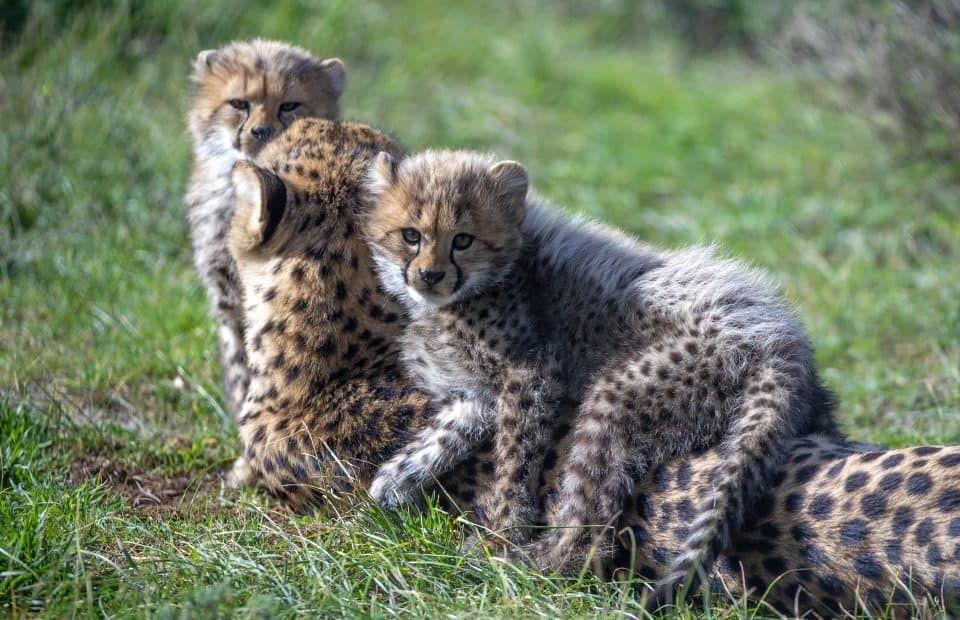 Monarto Zoo cheetah cub off for his big adventure

His bags are packed and we’ve said our goodbyes, now it’s time for cheetah cub Thumani to race out of Monarto Zoo!

Last week, the young male hit the road with his keeper friends bright and early to make the journey to New South Wales.

Thumani was the only male born to mum Kesho’s litter of four in May last year and has been living with his family for the first year of life.

At about this age in the wild, male cubs will separate from their family and form coalitions with their brothers and males, or less commonly, remain solitary.

Monarto Zoo Carnivore Keeper Michelle Lloyd said while Thumani would be missed by keepers and visitors alike it was an exciting time for the wider captive population of cheetah.

“Thumani will be going to join some other young males to form a coalition of four young males,” Michelle said.

“We will definitely miss having him here, but it will be the best move for Thumani and the wider cheetah population as his new coalition eventually become breeding males.

“But before he goes,treated him to a delicious surprise so he could enjoy one last treat with his sisters and mum!”

Sadly, cheetah numbers in eastern and south-western Africa are scarily low, with only 6,700 estimated remaining in the wild.

Habitat loss and fragmentation, as well as the killing of cheetah to protect livestock has seen almost half of the world population disappear in the last 35 years.

“Thumani and his sisters are the second litter born to Kesho in two years, and they play an important role in helping to educate the plight of their wild cousins,” Michelle said.

“Thumani will continue to be an excellent ambassador animal raising awareness for cheetah in the wild, and we hope that one day he will father his own cubs to help safeguard this wonderful species from extinction.”