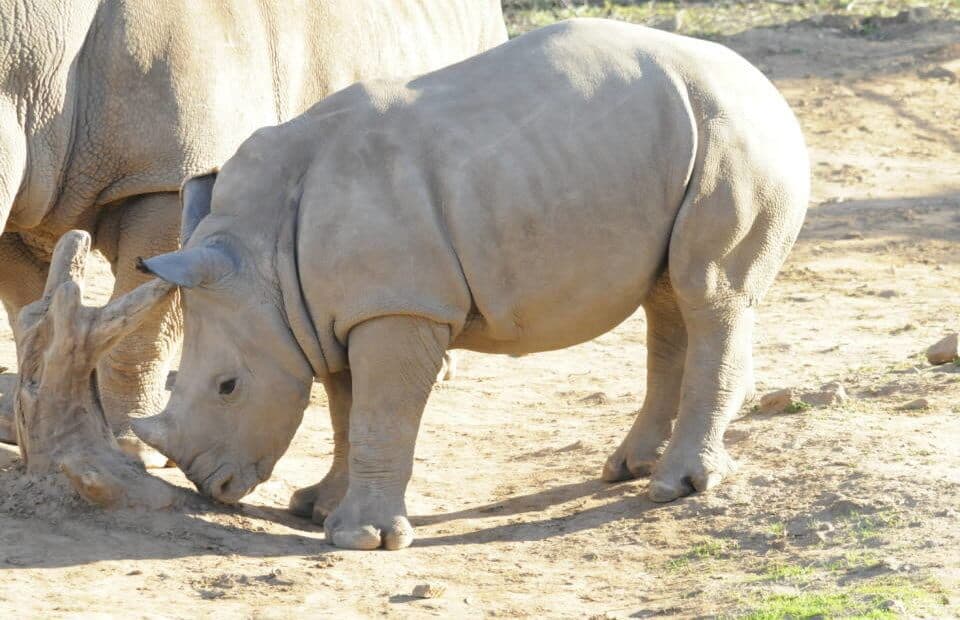 Monarto Safari Park is mourning the tragic loss of our 11-month-old Southern White Rhino calf, Imani, who sadly passed away on Monday, 21 October 2019.

While the cause of death is yet to be fully diagnosed, preliminary analysis indicates some blood clotting issues and associated blood loss.

Our keepers alerted our vets to the situation early on Monday morning after mum Umqali showed signs of discomfort because her calf wasn’t feeding.

However, it soon became apparent that it was her calf Imani who was unwell.

Results did show that Imani’s red blood cells and protein levels were low which resulted in the veterinary team deciding to sedate both mother and calf and undertake a blood transfusion between them. The calf was also given antibiotics in an effort to fight off any infection.

However, despite best efforts and a brave battle, our team of four vets were unable to save little Imani who passed away around 5.30pm.

Further testing will be undertaken in the next few weeks to identify the underlying cause.

“Keepers and Zoos SA staff are devastated after Imani’s death as the Southern White Rhino calf, whose name means ‘Faith’ in Swahili, represented new hope for the species,” Elaine said.

“Imani showed no signs of ill health in the days leading up to her death and the event has come as a huge shock to staff and volunteers.

“Our rhino keepers and veterinary staff care deeply for all the animals that call Monarto Safari Park home, so we’re all incredibly sad.

“Our focus now is on supporting Imani’s mum, Umqali, and our dedicated keeping staff through this sad time.”

Senior Veterinarian Ian Smith said: “Our keepers noted that Imani was fine on Sunday night but her symptoms progressed rapidly on Monday.

“Unfortunately in her compromised and deteriorating condition she was unable to cope with the treatment options available.

“The post-mortem examination will assist in diagnosing the issue and provide information to better protect animals in the future,” finished Ian.

Zoos SA is currently working with The Australian Rhino Project and other partners to create a rhino sanctuary at Monarto Safari Park.

This critical project will see a large number of Southern White Rhinos relocated to safety in Australia in the next few years which is a crucial step in protecting the species which faces extinction in the wild with poaching rates exceeding their birthrate.

On a happier note, life at the zoo continues. On the same day as Imani’s sad passing, our giraffe Thula gave birth to a calf, which is the 48th giraffe calf to be born at Monarto Safari Park and the second calf born to Thula. 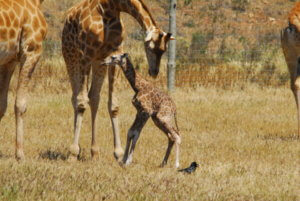 “While we’re sad about Imani’s passing, we’re happy to welcome another not-so-little giraffe calf to our herd,” Elaine said.

“Thula mis-mothered her first calf named Eyelean which resulted in our dedicated keepers needing to intervene and hand-rear Eyelean.

“While we certainly hope that Thula will go on to mother her newest calf, keepers are prepared to step in and hand rear the calf if required.

“The new calf is a significant contribution to giraffe conservation as well as allowing us to continue to raise awareness of the plight of the giraffe and our other conservation programs,” Elaine said.

Sadly, giraffe are facing trouble in the wild, making this calf an important contribution to the breeding program working to secure the future of the species.