9 inspiring Jane Goodall quotes from her trip to Monarto Zoo 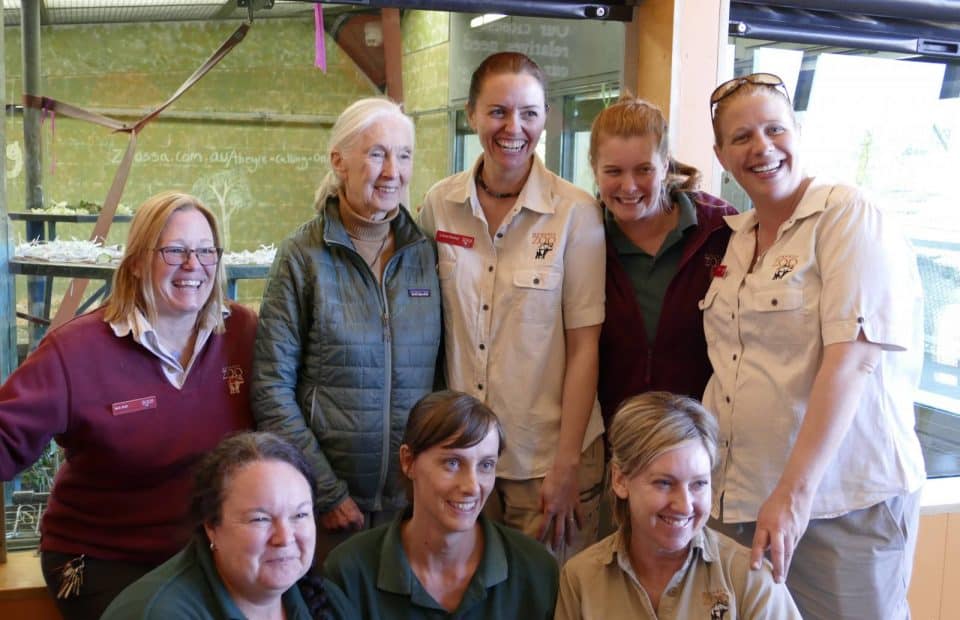 9 inspiring Jane Goodall quotes from her trip to Monarto Zoo

With nearly 60 years of experience under her belt, it’s no surprise that Jane is a wealth of information, not just on the habits and behaviours of Chimpanzees both in captivity and the wild, but also on life, the natural world and what we can do to save it.

Here are just a few of the thought-provoking quotes that stuck with us from her time with Zoos SA:

1. ‘Any leader, any individual, has to realise that climate change isn’t something that might affect their country, it’s affecting people everywhere around the world already.’

2. ‘What can be done about the state of things? Well, we just have to do something.’

Well said, Jane! At Zoos SA, we’re so proud to be working towards a better future for wildlife every day. Our passionate Chief Executive recently wrote about the urgency of action needed to make a difference to threatened species. Read about it here.

3. ‘The best days of my life were when I could spend hours in the rainforest and learn how everything was interconnected, each species having a role to play in this wonderful tapestry of life.’

4. ‘It’s not just to save forests and wildlife that we’re working but also for our own future – we all need forests, we all need the natural world.’

As a conservation charity that exists to connect people with nature, we agree! We believe nature is not just a ‘nice-to-have’ but something that is essential to the wellbeing and long-term survival of our own species: humans.

5. ‘There is a brief window of time where, if we all work together, we can start healing some of the scars we’ve inflicted on this planet and at least start slowing down climate change.’ 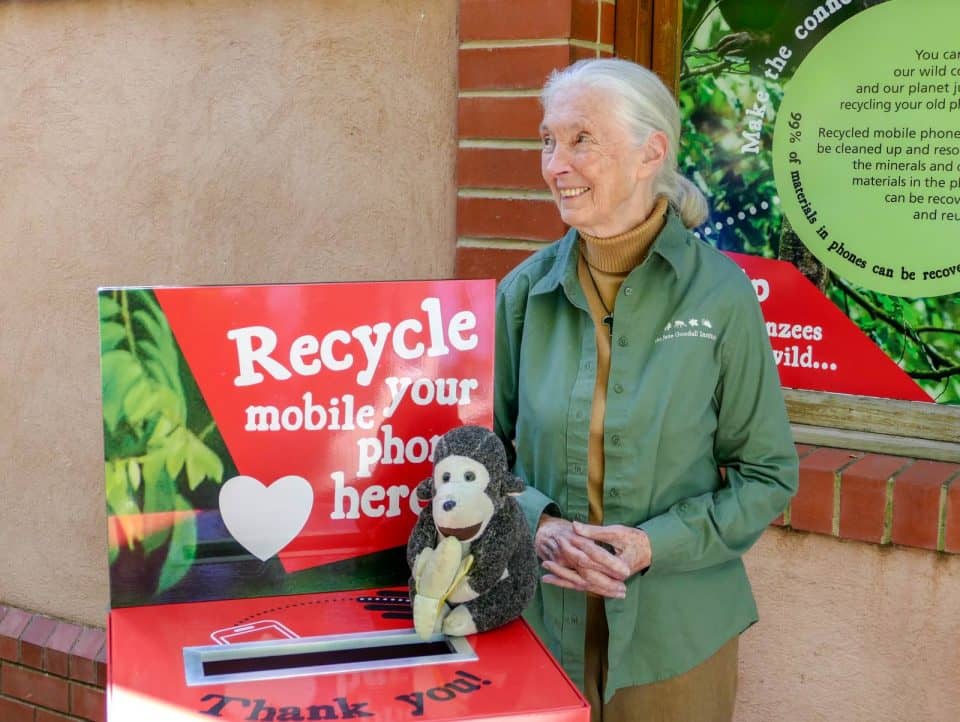 6. ‘I’m always being asked again and again, “Jane, what do you think of zoos?” Groups who believe all zoos should be closed clearly have not spent the time I have out in the wild. They haven’t seen the threats destroying chimpanzee habitat; they don’t understand what it’s like to watch a chimp struggle, wounded and lame from a wire snare. But I do. I remember sitting with a group of chimps in an American zoo once. They had a really nice enclosure and I was watching the adults groom each other and the young ones play. As I watched, I remember thinking of the chimpanzee groups I had seen in the wild who are living day to day in fear. Put yourself in the position of chimpanzees for a minute. A chimp living in a zoo where people know them, love them, understand them and protect them or a chimp in the wild who may have lost their mother the week before, watching another member of the troop as they’re wounded by a bullet from a poacher. Which would you rather be? I’d rather be in the group in the zoo. And certainly in the group here at Monarto Zoo; now that’s a good life for a chimp.’

Today, good zoos are local and global conservation agencies. We’re so proud to be working to not only spread awareness about animals and their plight in the wild to over half a million visitors every year, but also contributing to vital breeding programs, conducting conservation work in the field and supporting groups all around the world who are working to keep habitats protected and wildlife safe.

7. ‘Every single day we’re on this planet, we make some kind of impact and we can choose what sort of impact we make. We need to make decisions based not on the next election campaign, not on the next board meeting, but on how this will affect future generations and climate change.’

8. ‘Times have changed so much since I started. Society is changing and things are getting better all the time.’

9. ‘If your many visitors to the zoo can bring along their own cell phones they no longer have use for and drop them off to the zoo recycling box, that will make a difference.’

What’s an easy, concrete thing you can do to help support chimpanzee conservation in the wild? Donate your old mobile phones with us! Working with PhoneCycle, we’ll recycle or refurbish your old mobile phones, eliminating the need for extraction of new, raw materials (often mined in areas of chimpanzee habitat) and providing phones to those who can’t afford them. What’s more? All funds raised through this initiative directly support on-ground conservation work at the Tacugama Chimpanzee Sanctuary in Sierra Leone and the many youth and conservation programs of the Jane Goodall Institute of Australia.