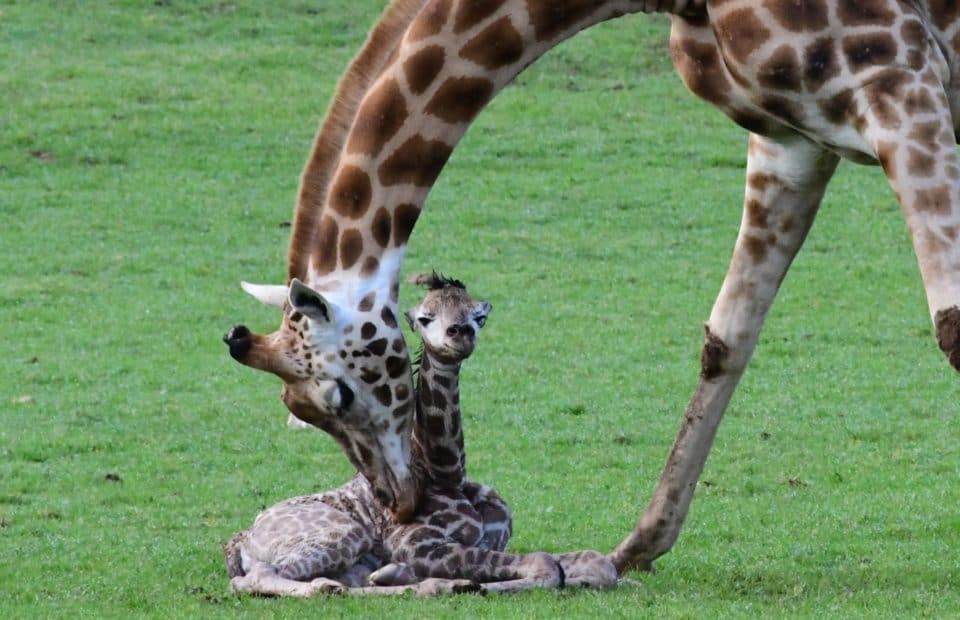 A new adorable set of hooves is roaming the plains of Monarto Safari Park!

A female giraffe calf was born last Friday and took time over the weekend to bond with her mum, five-year-old Scarlett.

Around 1.8m tall, the little one was up and standing shortly after being born, with some lucky visitors watching on.

Keeper Vaughan Wilson said she has been feeding well and has already come up to say hello to keepers and visitors at the Waterhole platform.

“We are always a bit nervous and want everything to go well, so once we saw she was bonding with mum we could relax and were very excited to have a new calf,” he said.

“She has joined the herd really well and the herd have got used to having her around.

“Scarlett has been doing great, we were really happy to see her feeding and mothering. She has been keeping a close watch and looking after her, which has been fantastic to see.”

This is Scarlett’s second calf, with her first-born, Azizi, returning to Monarto Safari Park two weeks ago after spending a year at Adelaide Zoo.

Visitors will be able to help Zoos SA choose the calf’s name in an upcoming naming competition.

The results will be announced on World Giraffe Day on 21 June. Keep an eye on the Monarto Safari Park Facebook page for more details.

It is estimated there are only around 68,000 giraffe roaming the savannah plains of Africa with their species vulnerable to extinction.

This number is declining as their habitat shrinks due to human population growth and an increase in agricultural activity, expanding settlements and road construction.

Monarto Safari Park is home to 20 giraffe, one of the largest giraffe herds in Australia, and is the most successful giraffe breeding institution in Australasia. Since 1995, there have been over 52 calves born at the park.

Zoos SA is long-term supporter of the Giraffe Conservation Foundation (GCF) and donates money through our Giraffe Safari and feed experiences across both sites.

This support has helped GCF purchase GPS satellite-tracking units called Twiga Trackers. These provide a better understanding of where wild giraffe move, how much space they need, and how they utilise their habitats across a range of different environments.

For more information or to book your tickets to visit the calf, please visit monartosafari.com.au.