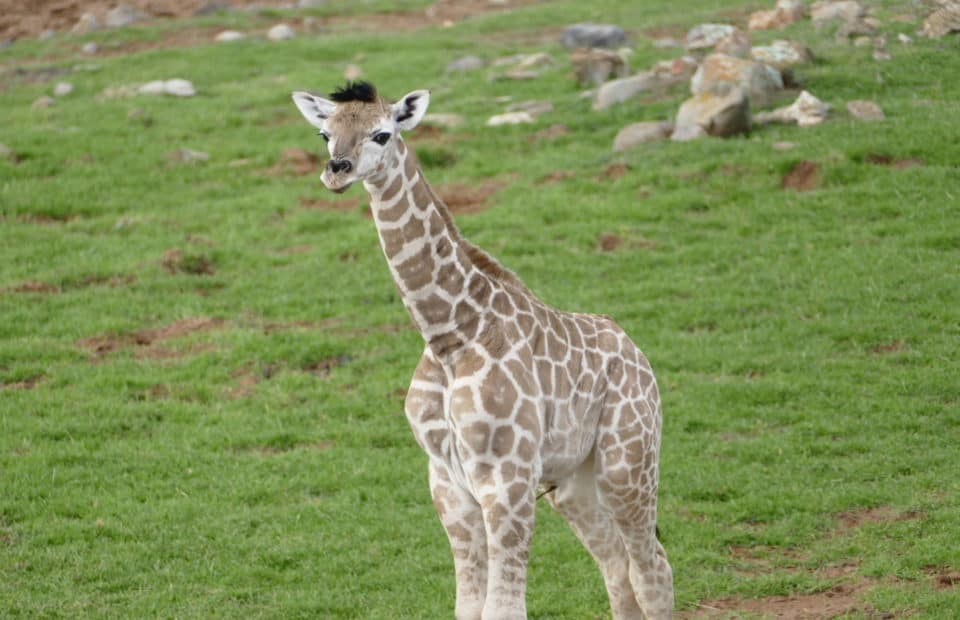 To celebrate World Giraffe Day, keepers at Monarto Safari Park have announced the name of the young giraffe calf born earlier this month.

Nyekundu’s grandma is also known by the name Rosie.

“World Giraffe Day is celebrated on the 21 June each year. Zoos SA supports the gentle giants through its partnership with Giraffe Conservation Foundation,” finished Vaughan.

This World Giraffe Day, the Giraffe Conservation Foundation is focusing on translocating giraffe to Mozambique in what will be the largest operation of its kind. This translocation is an attempt to reverse a trend that has seen the numbers of giraffe in some areas drop by as much as 90% and even become extinct in some regions. In Mozambique, where civil unrest is rife, there are now as few as 250 giraffe.

Monarto Safari Park is home to 20 giraffe with new arrival Nyekundu joining the herd at the Waterhole exhibit.

As well as announcing Nyekundu’s name, Monarto Safari Park is celebrating World Giraffe Day with face-painting and free finger puppets as well as online activities plus a 10% discount on any products purchased in the Safari Shop!

At sister site, Adelaide Zoo, keepers will give a special keeper talk at 1.30pm and giraffes Kimya and Nolean will be treated to their favourite food: carrots!

Both Monarto Safari Park and Adelaide Zoo offer giraffe experiences suitable for all ages. These close-up encounters give animal lovers a chance to hand feed a giraffe or two. It’s experiences like these that help to build an interest in the future of species and to invest in saving them from extinction.

Thanks to Omnia for their help in supporting the giraffe at Monarto Safari Park all year round.