A big win for the future of some special birds 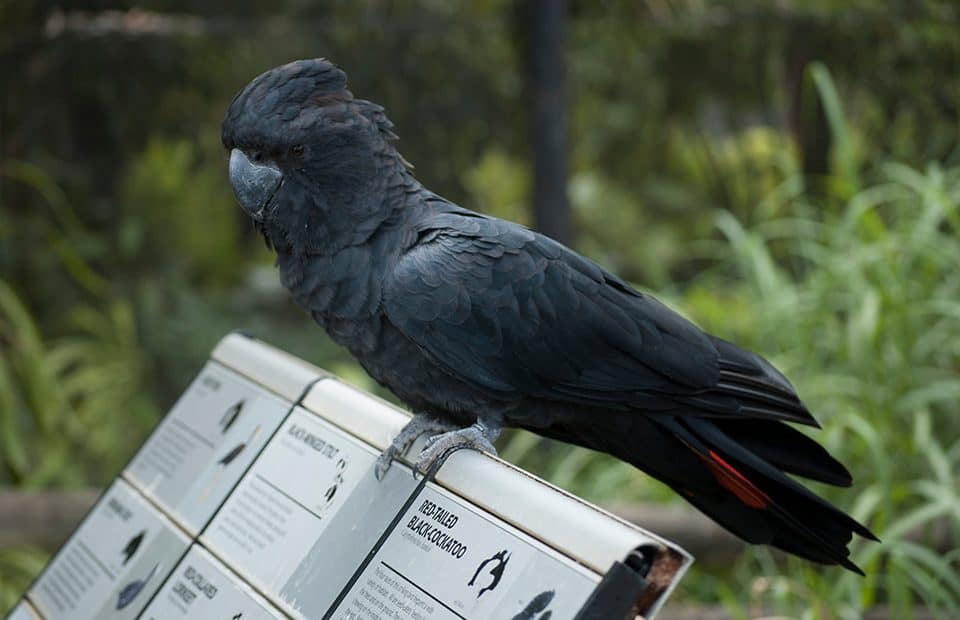 A big win for the future of some special birds

The South-eastern Red-tailed Black-cockatoo is in trouble.

Classified as endangered in the wild, these striking birds are sadly losing their habitats at a rapid rate.

Feeding only on the fruit of native Stringybark and Buloke trees, these cockies are struggling to find food after over 62 per cent of their native habitat has been cleared, mostly for agricultural purposes.

We’re proud to be part of a number of projects and groups actively working to secure the future of animals in the wild.

Zoos SA has been protecting South-eastern Red-tailed Black-cockatoos as part of the Cockies Helping Cockies project which aims to maintain and revegetate feeding and nesting habitat for these amazing birds.

Now, thanks to $3.2 million in funding from the Australian Government over the next five years, we’re able to continue contributing to this incredible work.

Together with Trees For Life and BirdLife Australia, we’re working with on brand new project that will continue the legacy created by the South-eastern Red-tailed Black-cockatoo Recovery Team over the last two decades.

The new collaboration will aim to extend and regenerate existing cockatoo habitat, raise and plant trees which are vital for the birds’ food and shelter, control weeds in the area and engage with local students to tell the story of the species’ vulnerability and how people can protect it.

Zoos SA Conservation Manager Dr Liberty Olds says it’s only with the support of local landholders that these projects are possible.

‘Many areas of vital habitat for South-eastern Red-tailed Black-cockatoos are on private land so the support of land owners and the community is critical’, Liberty says.

‘With fewer than 1,500 South-eastern Red-tailed Black-cockatoos estimated to be left in the wild, this funding is more important than ever.

‘We’re so excited to be able to build on previous progress and continue to make a difference to the future of this incredible species.’

As a conservation charity that exists to save species from extinction, we’re willing to do whatever it takes to make sure these magnificent birds stick around into the future.

You can read more about the plight of the South-eastern Red-tailed Black-cockatoo here.

This project is supported by the Australian Government’s Regional Land Partnerships initiative of the National Landcare Program and South East Natural Resources Management Board.