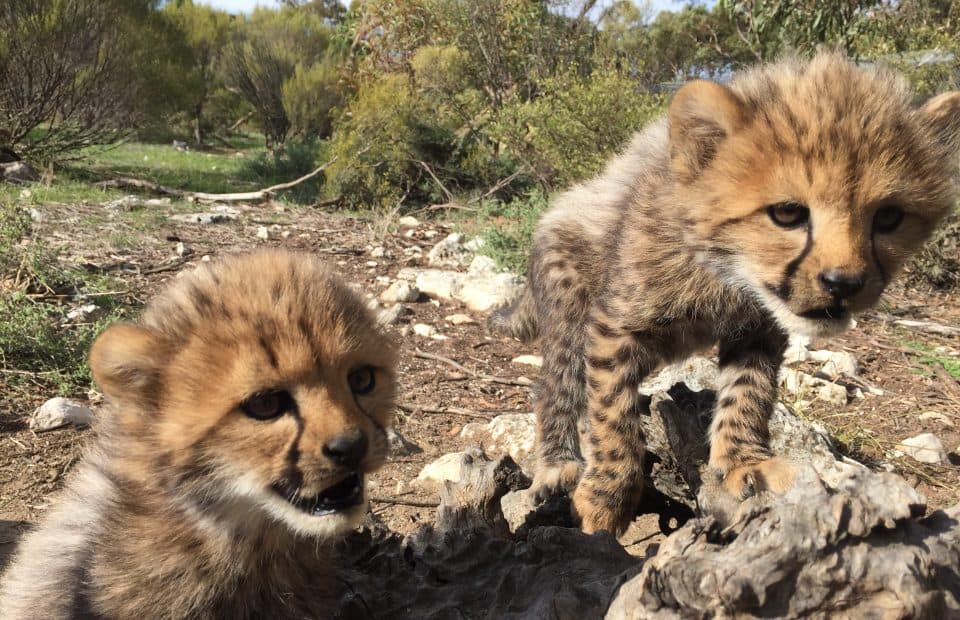 Yesterday, our four adorable cheetah cubs had their very first visit with the vet!

During their check-up, the cubs were microchipped, received their first round of vaccinations and were given full-body examinations to determine their sex and general health.

We’re thrilled to announce the litter consists of three females and one male, with each cheetah cub being in perfect health!

The feisty felines are now eight weeks old and absolutely thriving under doting mum Kesho, weighing around three to four kilograms each – the perfect size for cubs their age. 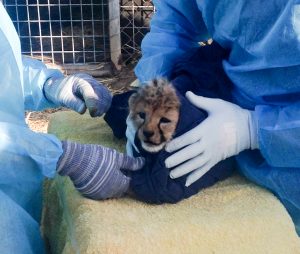 “The cubs are starting to venture out of their private den every now and then with mum,” Jaimee says.

“They are quite playful and adventurous, so they’re really enjoying exploring their new surroundings with Kesho as a guide.”

The cubs will continue to bond in a private den, but will be ready for their public debut in the near future.

Classified as vulnerable to extinction in the wild, these cubs mark an important contribution to the global breeding program working to secure the future of the species.

Sadly, cheetah numbers in eastern and south-western Africa are scarily low, with only 6,700 estimated to be left in the wild.

“These little ones are the second litter born to Kesho in two years and, like their brothers and sisters, they’ll play an important role in helping to educate people on the plight of their wild cousins,” Jaimee says.

“These cubs were sired by Saadani, a different male to Kesho’s last litter, which is also hugely beneficial to the global cheetah population.”

Five-year-old Kesho was born at Monarto Zoo in 2012 as part of Zoos SA’s cheetah breeding program, while six-year-old Saadani was born in the Netherlands and arrived in South Australia in 2014.