Boost for bilbies in the wild 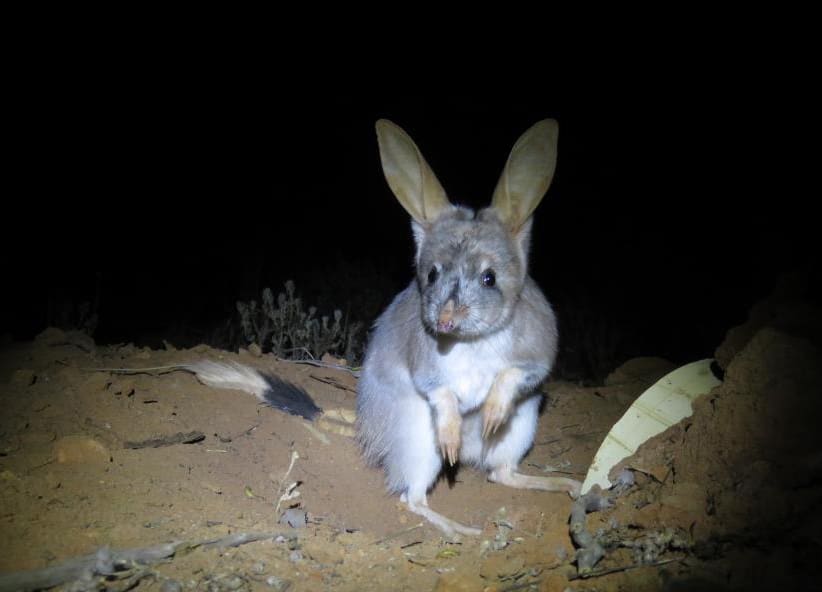 Boost for bilbies in the wild

Four-year-old male Greater Bilby Yarli and one-year-old female Idalia, who were both bred at Monarto Zoo, were released into the protected sanctuary as part of a large collaborative captive breed and release program to safeguard this species from extinction.

Listed as vulnerable to extinction, bilby populations have been devastated by feral cats and foxes, with as few as 10,000 bilbies now estimated to be left in the wild.

As a conservation charity, Zoos SA is proud to have bred more than 200 bilbies at Adelaide and Monarto Zoos, with more than 90 Zoos SA bilbies released back into the wild as part of vital recovery projects providing a lifeline to this incredible Aussie battler.

“Bilbies have disappeared from 80 per cent of the vast, arid landscape they once called home, making releases into protected areas like the AWC Mt Gibson Wildlife Sanctuary vital to securing a future for this amazing species,” Jodi said.

“It’s always special to have animals released; Yarli and Idalia have a bright future ahead of them.

“Zoos SA first released bilbies in 1997 and I was lucky enough to let the first one go.

“20 years on, we have released almost 100 bilbies and remain committed to bilby conservation.”

AWC Mt Gibson Wildlife Sanctuary is home to the largest feral predator-free area on mainland Western Australia and is a vital location for bilby conservation, with about 5% of the global bilby population calling the sanctuary home.

To ensure a healthy level of genetic diversity amongst the population, the newly released bilbies were sourced from multiple sites across Australia, also including zoos and wildlife sanctuaries in Queensland, Western Australia and the Northern Territory.

Transitioning to ‘the wild’

The bilbies have initially been introduced into a smaller ‘delayed-release’ enclosure to acclimatise before they are released into the greater 7,800 hectare feral predator-free fenced area. 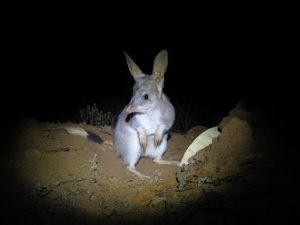 The delayed-release site has been carefully prepared for its new inhabitants, with watering points and pre-made burrows installed to provide shelter as the bilbies settle in over the coming weeks.

We are pleased to report the bilbies are settling in to their new home well and have already been observed foraging for food and altering their pre-made burrows.

The bilbies have also been fitted with special tail-mounted VHF transmitters so that ecologists from the Australian Wildlife Conservancy will be able to track their movements as they transition into the wider predator-free area.

Love bilbies? You can help us keep these amazing animals a hop ahead of extinction by adopting a bilby today!