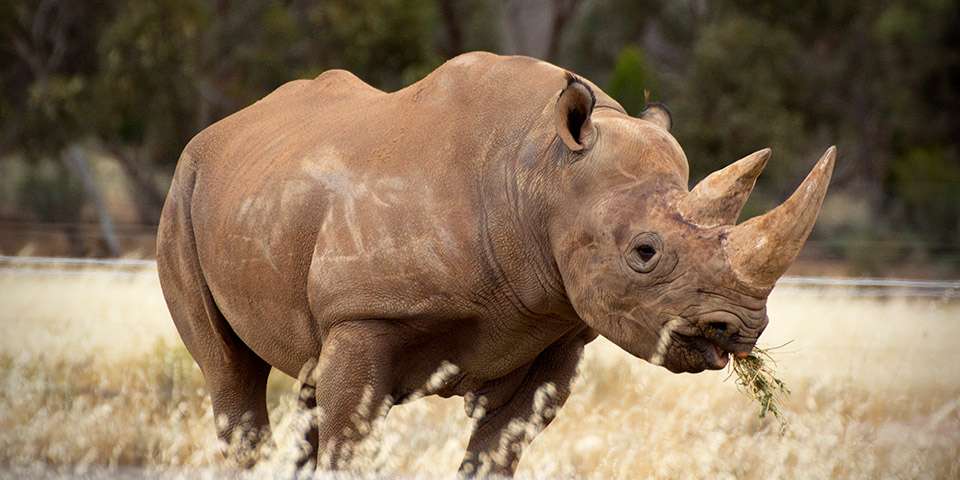 Monarto Safari Park is currently one of only two Australian zoos that house the magnificent Black Rhinoceros. Our two males, Induna and Sentwali, came to Monarto from Taronga Western Plains Zoo in 2007.

Induna, meaning chief, was born in April 2003 and is the larger of the pair weighing in at a whopping 1,200 kilograms. Induna has a sweet, friendly nature and enjoys regular interaction with zoo keepers. A sign that Induna would like some attention is when he comes over to the fence and lowers his back legs, almost squatting, in anticipation of a good scratch.

Sentwali, meaning courageous, is slightly smaller at 1,100 killograms, and has more of a fiery personality. He loves his food and can sometimes be a little impatient, throwing his head around and snorting if he is kept waiting too long at feed times. This attribute is not surprising as both of his parents are from the wild in Zimbabwe and were very dominant animals.

Both Induna and Sentwali love a good roll in their mud wallow, often completely covering themselves in a thick coat of cool mud in the warmer months. This helps protect their skin from the harsh sun and cools them down. Their favourite treats include apple, banana and sweet potato.

The Black Rhinoceros is classified as critically endangered with as little as 2,500 to 3,000 thought to be living in the wild today. Once found living throughout southern, central and eastern Africa they’re now only found in very isolated, protected areas of South Africa, Namibia, Zimbabwe and Kenya.

Black rhinos are generally solitary, with only mothers and their calves forming strong bonds.They have a reputation for being aggressive, and charge readily at perceived threats. They have even been known to charge at tree trunks and termite mounts! This may be as a result of their poor eyesight.

In the 20th century the black rhino was the most common rhino species found in Africa, however as a result of poaching for the illegal horn trade, it’s estimated that the black rhino population has declined by 97% since 1960.

It’s important to have insurance populations of animals like black rhinos kept and bred in captivity, so they can help to educate people about the plight of rhinos in the wild and also possibly one day be released in safe areas to help boost wild populations.

‘Did I tell you about the time I patted a rhino?..’ Get up close to magnificent Black Rhinos and...

Love Black Rhinoceros? Join our herd and ensure black rhino stay a stampede ahead of extinction! There are many ways you can help support these commanding creatures. 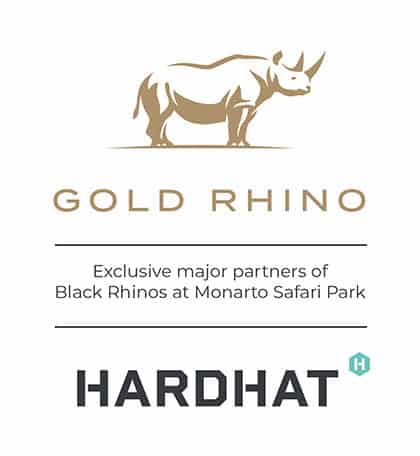