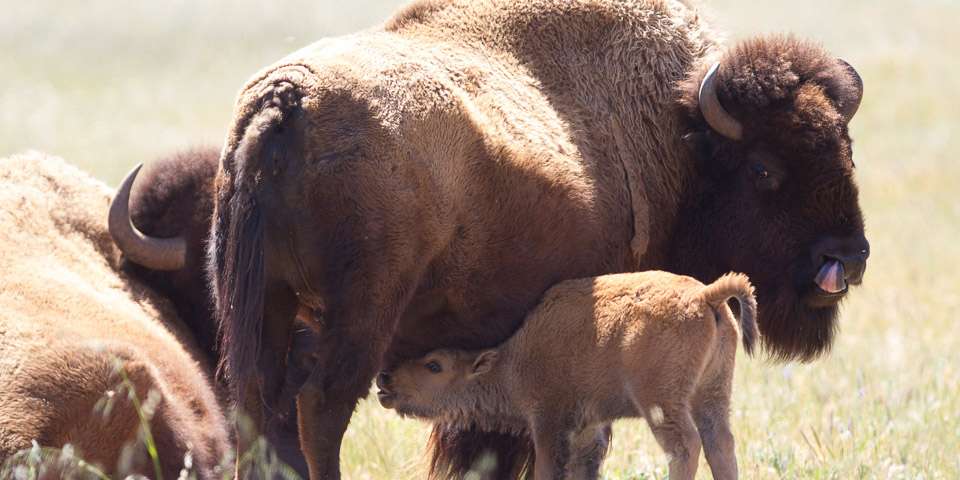 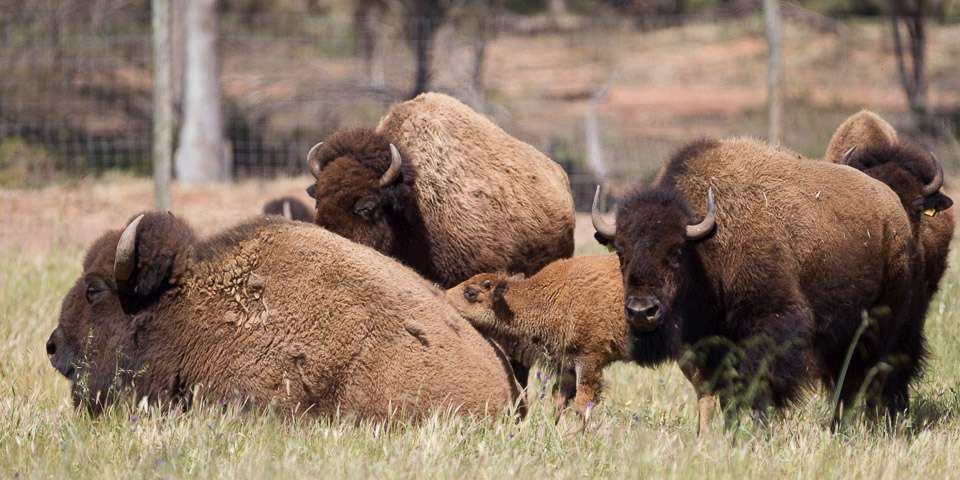 Monarto Safari Park is home to a herd of 14 American Bison. 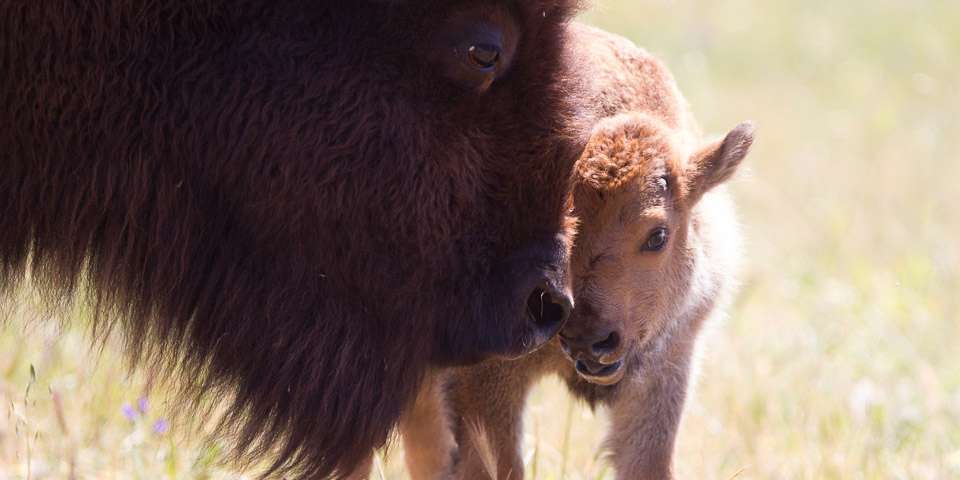 As the first species to arrive at the zoo in 1983, American Bison have always been an integral part of Monarto Safari Park. Since the initial arrival of two bison, our mighty herd has grown and now consists of one male, nine females and two young male calves. The group range in age from under a year to approximately thirty years.

Characterised by their long, shaggy brown coats, the herd spends the majority of their days grazing in their fifteen hectare habitat. As herbivores they enjoy a diet of mainly grass and hay but are given grain and an assortment of browse as a special throughout the week.

While typically a calm species, at times they can become very excited, rolling around vigorously in sand or dirt, covering their thick coats with a fine dust; or alternatively rubbing their large heads against tree stumps or logs, having a good ol’ scratch.

Tens of millions of American Bison once dominated the grassy plains of North America, however during the 19th century commercial hunting, habitat loss and bovine diseases drastically reduced their numbers, almost to the point of extinction.

The American Bison population has today partially recovered with an estimated 15,000 individuals remaining in the wild. This number however does not represent the many bison held in captivity, national parks and wildlife reserves around the world.

Bison have an average life expectancy of around 20 years in the wild and up to 40 in captivity. In the wild males will generally leave their herd around three years of age and may live alone or in bachelor groups until mating season. Females generally live in maternal herds where they rear their offspring. Herds can travel up to around three kilometres per day, moving between preferred feeding sites.

Love bison? Join our herd to ensure bison stay a stamped ahead of extinction! There are many ways you can help support these woolly friends.