Puppy love is in the air at Monarto Safari Park! 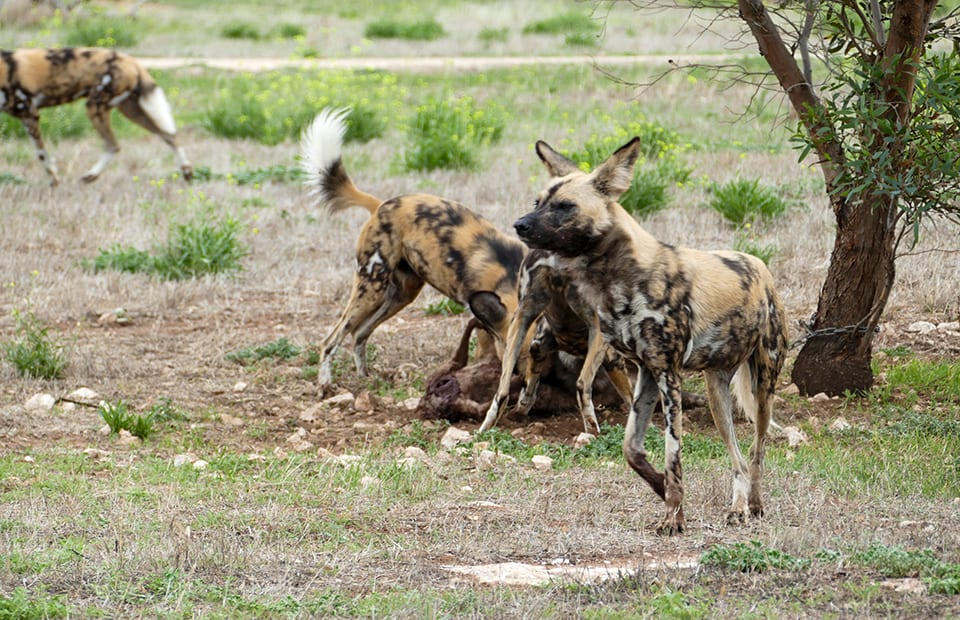 Puppy love is in the air at Monarto Safari Park!

While they may not be indulging in champagne and strawberries this Valentine’s Day, Monarto Safari Park’s pack of African Painted Dogs are enjoying another special gift – each other’s company.

Monarto’s carnivore team recently introduced females Penda and Bulu to males Onika, Baraka, Kamali and Zuberi and the six canines have been inseparable ever since.

Best known for their large, round ears and striking multi-coloured coat, African Painted Dogs are very social and have a rich, cooperative pack life led by a dominant pair.

Love has not always been in the air though after a less-than-friendly initial meeting a year ago.

Leading up to the second round of introductions, the dogs had four months of mesh contact, meaning they could see and smell each other through a fence.

The six animals then joined forces confidently at the end of January, a huge credit to the knowledge and perseverance of the carnivore team.

“After an unsuccessful introduction around 12 months ago, we think simply due to some of the dogs not being mature enough, we’re so pleased to see the individuals interacting well with each other and forming a cohesive pack,” says Monarto Safari Park Carnivore Keeper Jaimee Button.

“We introduced the dogs over a carcass feed, giving them an opportunity to immediately start working out their social roles.

“The dogs settled in really well and we quickly saw some incredibly positive behaviours, including play, feeding together, resting near each other and plenty of interest in the opposite sexes.”

While keepers are still watching the hierarchy of the group unfold, a dominant pair was established early – male Baraka and female Bulu were quick to run the show.

“We’ve already seen matings between the pair so we’re crossing our fingers for the future!” says Jaimee.

Any pups born at the park would mark an incredibly important contribution to the breeding program working to save this fascinating species.

While the dominant pair will likely be the only breeding dogs in the group, that’s not to say the other individuals don’t play a significant role.

“Dogs who aren’t breeding have other, very specialised roles within the pack,” says Jaimee.

Four-year-old sisters Penda and Bulu were both born at Monarto Safari Park in 2016 while males Onika, Baraka, Kamali and Zuberi, who are also siblings, were born at Perth Zoo in 2017.

African Painted Dogs once ranged throughout 39 African countries with more than 500,000 individuals calling the continent home at the start of the twentieth century.

Sadly, the species’ numbers have plummeted in recent years with less than 7,000 estimated to be remaining in several fragmented populations.

They are now the most endangered carnivore in Africa.

This decline has been primarily caused by human interference, including poaching, road kills, the spread of domestic dog diseases and habitat fragmentation.

As a conservation charity that exists to save species from extinction, we’re working with our conservation partners in Africa to make sure these incredible dogs are around for generations to come.