A tribute to Nakula 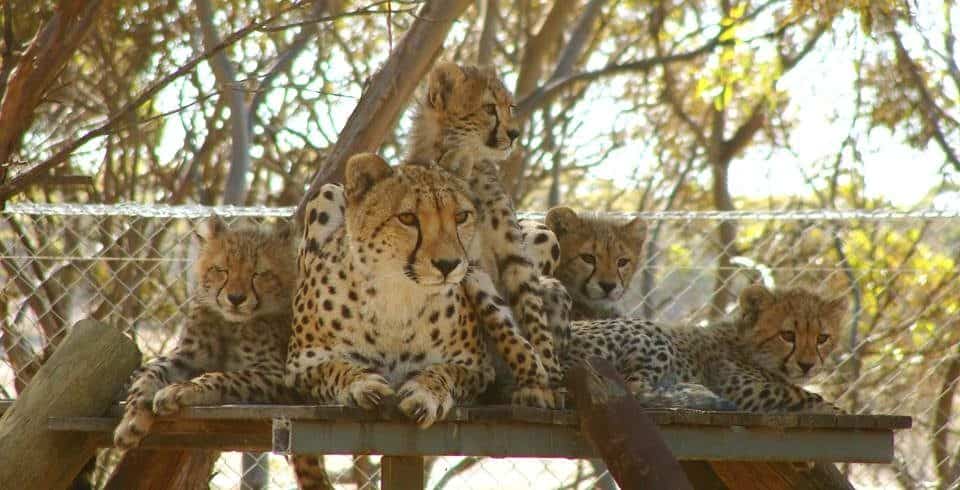 A tribute to Nakula

Nakula the cheetah was one of the first cubs born at Monarto Zoo. Read on as Keeper Michelle Lloyd shares a beautiful story in honour of the legacy Nakula left behind.

Words and photos by Michelle Lloyd.

“2003 was a special commemorative time at Monarto Zoo thanks to the birth of our first cheetah cubs. The litter was particularly special as they were the first cubs born in the Australasian region in 15 years and it was a privilege for me to work closely with them.

Parents Induna and Lula, who came to Monarto from Hoedspruit in South Africa, welcomed two males Kaidi and Inkosana and our special girl Nakula.

The three cubs were feisty but happy and healthy little balls of fluff. They were easily the most photographed animals at Monarto at the time!

As they hit the 12-month-mark, the boys were weaned off mum Lula and travelled to their new home at Werribee Open Range Zoo. After 18 months, Nakula was weaned off Lula and was ready to join our breeding program.

She fell pregnant in 2005, but sadly mismothered the litter as cheetah can naturally do.

In 2005, I travelled to Africa on a cheetah expedition and returned home filled with new ideas on how to improve the way I worked with cheetah.

Nakula was still young and feisty, so I was excited to work with her in new ways. We quickly got started on new ways to carry out regular health checks.

As a species cheetah are susceptible to disease, so there is a need for regular vaccinations and bloods to be taken to allow us to keep a vigilant eye on their health.

After trialing varying techniques from other institutions, I finally came up with a plan to work with Nakula using food.

She would happily come into our small area, sit down with her food and allow the vets to examine, vaccinate and take bloods.

Once we developed this bond, she became a much more relaxed cat and welcomed her first cub in 2012.

Sadly, single cubs don’t have a great survival rate in the wild as the mother’s milk can dry up quickly. Kwatile had to be taken for hand-raising at five days old.

One month later, Nakula was showing positive breeding signs and was reintroduced to the male.

She went on to successfully mother a litter of two males and three females. We were so proud of how perfectly she raised those five cubs.

While Nakula didn’t have any further litters, she went on to live her life out at Monarto as our precious grandma cheetah.

Her daughter Kesho is today our successful breeding queen, having birthed and raised two gorgeous litters successfully. Kesho’s most recent litter were born in May last year.

At 15-years-old, Nakula started to show signs of older age and suspected kidney failure and we sadly had to say goodbye. But her legacy lives on!

I still go to call her name each morning I’m up at the cheetah’s home and feel privileged to have worked with such a majestic girl over the past 15 years.

She is sadly missed by our carnivore team.”