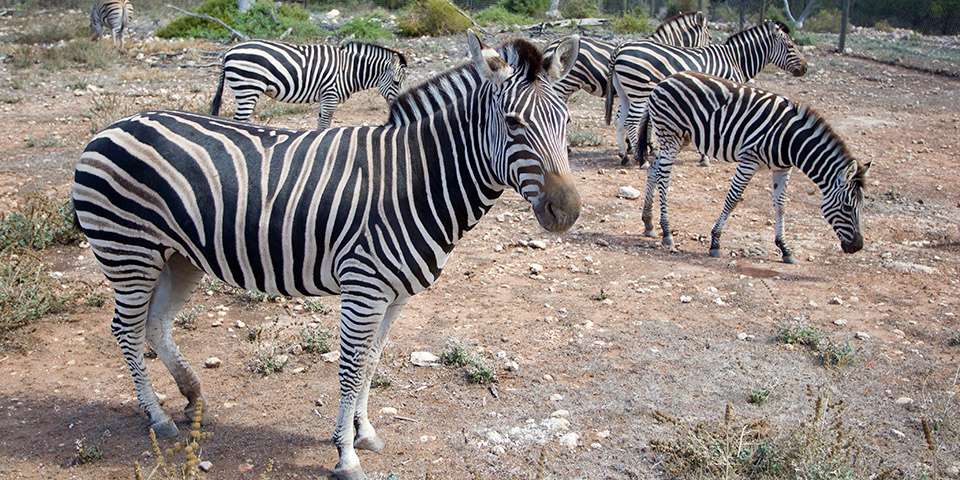 A herd of zebra is known as a dazzle! 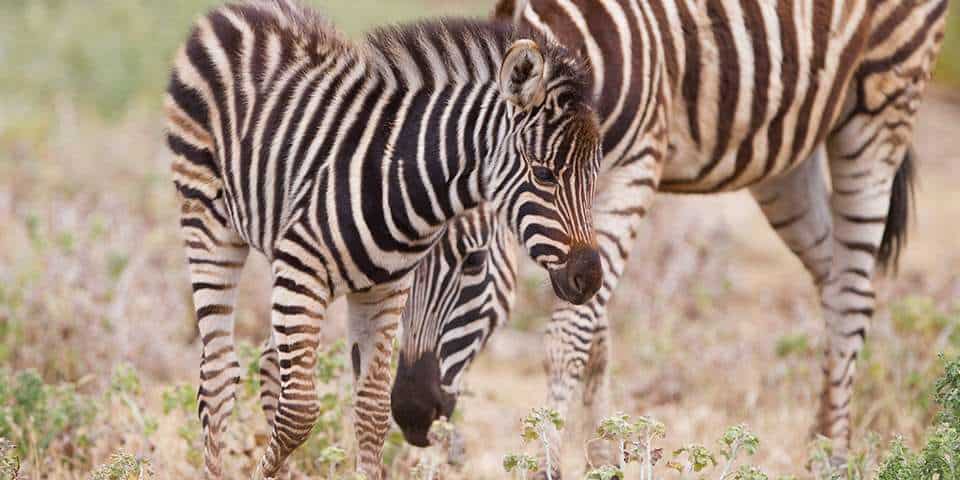 Each zebra has a unique coat pattern

A breeding herd of ten zebras takes up residence in the off limits areas and is headed by dominant male, Storm. Storm arrived at Monarto Safari Park in June 2013 after making the journey from Victoria’s Werribee Zoo, where he was born in early 2012. Storm first became a dad in 2017, when we welcomed two adorable foals to the herd after Storm paired with females, Kenya and Thembela.

Monarto Safari Park’s second group of zebras, a male bachelor group, live in the African Plains exhibit, where the boys can be seen from the safari bus or viewing platform. One of the males is Zambesi-ncane, Zambesi for short, who was one of the last zebras to be housed over at Adelaide Zoo. There, Zambesi spent six years as a successful breeding male before being returned to Monarto Safari Park in 2008. Since returning, he sired another three foals before joining our bachelor group. Zambesi’s grandson is Storm, our current breeding male.

We also have a group of retired older girls that live with our male giraffe in the Giraffe Safari habitat.

The Plains Zebra is the most common and geographically widespread of the three zebra species. It roams the savannahs of eastern and southern Africa.

Plains Zebra herds are nomadic and generally live in breeding groups with a single male and his ‘harem’ of up to six females or in all male bachelor groups. During periods of migration, these groups can come together to form larger herds, although they will generally stay in their own group.

Zebras have several predators in the wild and when threatened their unique coat patterns, when moving together in a group, can make it difficult for a predator to pick out an individual, giving the zebra a greater chance of survival.

There are approximately 700,000 wild Plains Zebras living on the African savannah plains. They’re currently not threatened, although numbers are decreasing due to hunting for their meat and skins.

Keeper For A Morning

Due to COVID-19 case numbers and restrictions in SA, Keeper for a Morning has been suspended. If you would like to...

Love zebras? There are many ways you can help support these beautiful creatures!