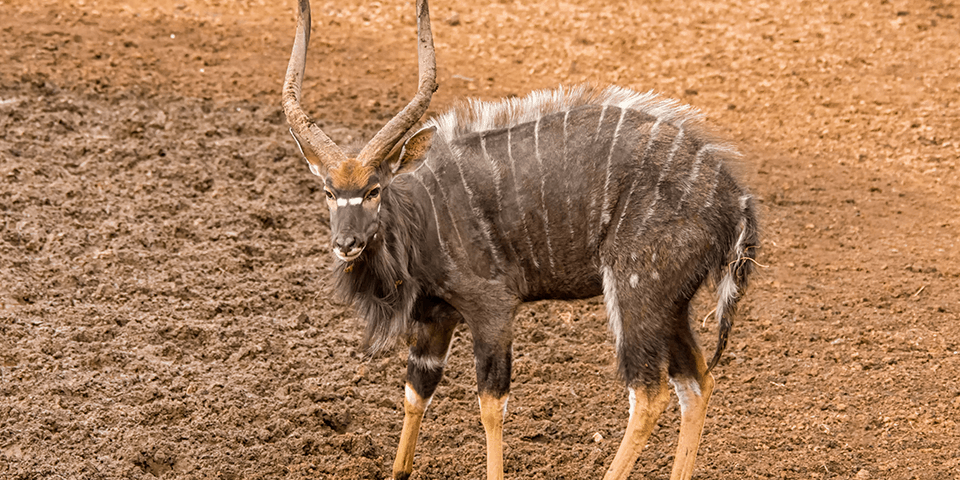 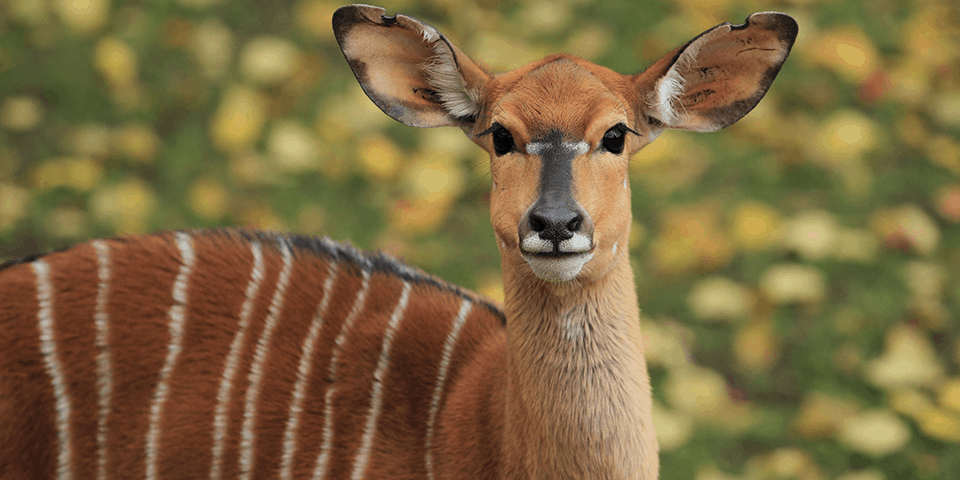 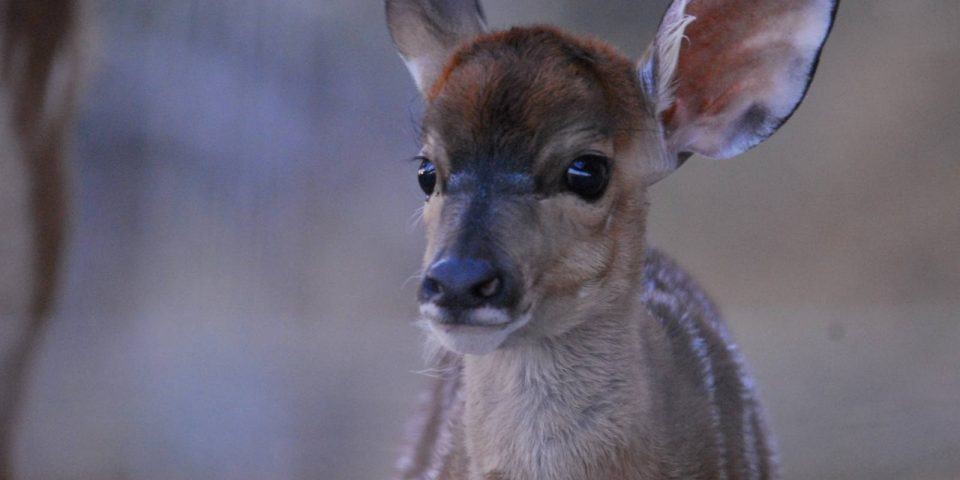 Females Thandi and Zuri, along with male Alberto, have called Monarto Safari Park home since 2017 after making the journey from Werribee Open Range Zoo in Victoria. Since then, Monarto Safari Park has welcomed eight calves to the herd. These antelope love to live amongst the trees and shrubs nibbling on leaves and grass, and will often rest in the shade. Make sure to keep your eyes open to find these amazing striped antelopes next time you’re at the Waterhole exhibit!

No one would blame you for looking at a male and female Nyala and thinking they were completely separate species. Nyalas are known for their sexual dimorphism, which is when males and females of the same species look incredibly different. With Nyalas, both females and young animals sport a striking chestnut brown coat complete with a number of white stripes on their torso, white markings on their chest, legs and cheeks, and a bushy brown and white tail. Adult males, as well as being much larger in size, feature a dark grey, shaggy coat and large, twisted horns. Both sexes have white markings between their eyes.

These impressive animals live in loose herds that consist mainly of females and their young. Males often live solitary lives but, unlike some of their ungulate cousins, are surprisingly non-territorial and may inhabit overlapping ranges. Males and females come together all year round to mate, but peak mating occurs in autumn and spring. After a gestation period of seven months, mothers give birth to a single young who will hide in bushes and grasses for the first few weeks of its life.

You’ll find Nyala in dense bush, forest and woodland areas in south-eastern Africa, where they graze for leaves, fruits, flowers and grasses. While Nyalas are listed as Least Concern by the IUCN (International Union for the Conservation of Nature), their natural range has drastically decreased due to habitat destruction and hunting, both for meat and as trophies.

Love Nyala? Join our wild family today and make sure these antelopes stay a jump ahead of extinction!