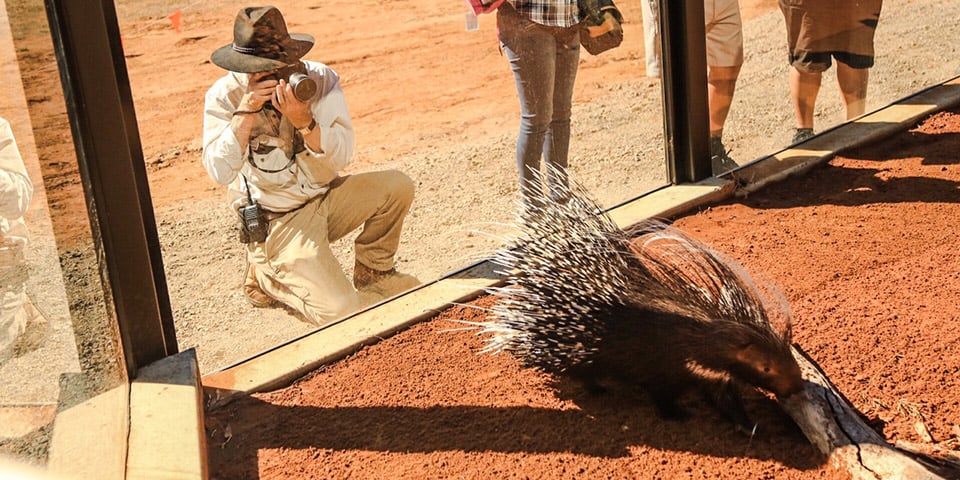 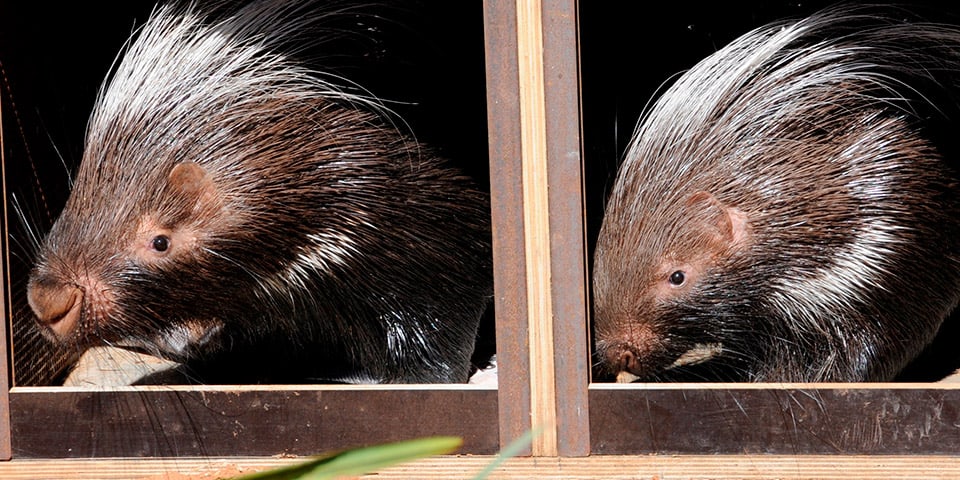 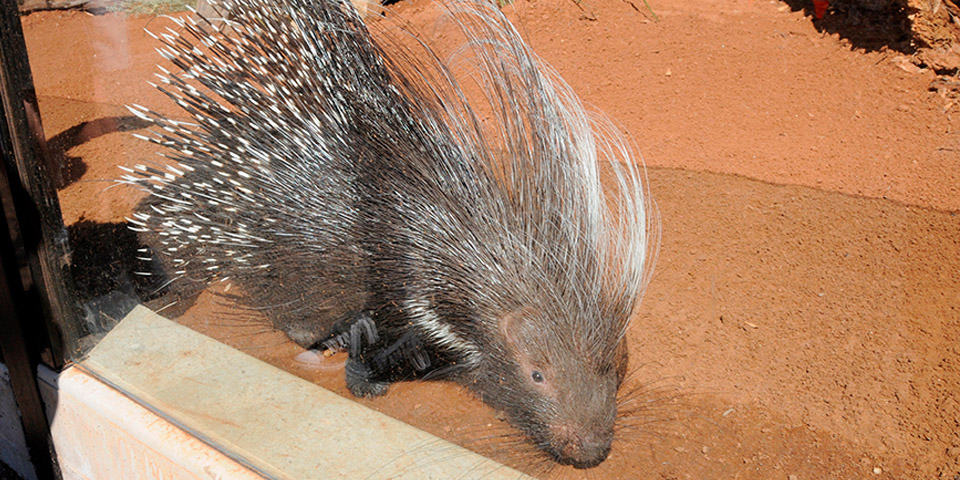 Monarto Safari Park is home to two beautiful African Crested Porcupines, Oliver and Rita. The pair, both born in 2015, arrived in April 2017 after making the journey from Tanganyika Wildlife Park in Kansas, USA. The two porcupines are very inquisitive, and love digging and chewing everything throughout their exhibit. When they’re not nibbling on hard objects to keep their teeth under control, you can find them munching on some of their favourite snacks such as pumpkin, sweet corn and apple.

The sweet couple have a very close bond and spend all of their time together, which is lucky as it’s hoped they will become a part of a breeding program here at Monarto Safari Park, helping to ensure the future of this incredible species.

While they may look very similar to the untrained eye, our keepers have some secret tips to help tell the porcupines apart: Rita has a darker face, while Oliver sports light patches around his eyes.

African Crested Porcupines are one of the largest rodents in the world – weighing up to a whopping 27kg and measuring almost one metre in length! These amazing mammals are covered in striking 35cm long, black and white quills, which provide excellent protection against predators such as lions and hyenas.

These guys are very traditional, finding a partner that they stay with for life. Because of their prickly exterior, porcupine mating can be tricky business, with the female flattening her quills against her back so she doesn’t poke her male companion. After a gestation period of 112 days, females give birth to a litter of one or two offspring known as porcupettes. These babies stay in a custom-built den lined with grass until they are around one week old.

Most of the action happens at night for these nocturnal animals, including meal times! Their diet consists of bark, roots, fallen fruits and sometimes insects and carrion. Unfortunately, crested porcupines also like to snack on cultivated crops making them a pest to farmers, sometimes leading to their hunt and capture. As well as being killed for meat, they are often killed for their quills, which are falsely believed to possess medicinal properties.

They inhabit a variety of habitats across northern Africa, sub-Saharan Africa and Italy, including shrubland, forest and dry, rocky areas.

Love porcupines? Join our family today to make sure these guys don’t get into a prickly situation! There are many ways you can help these gorgeous animals.