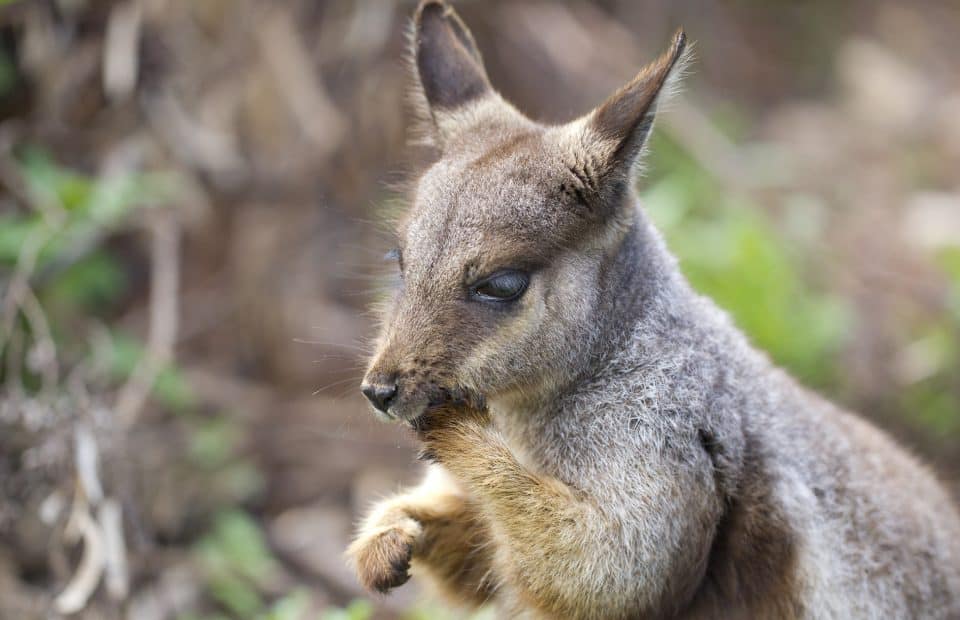 Every day, dedicated Zoos SA staff work tirelessly to create a brighter future for the environment and importantly, the amazing animals within it.

Last week, our Conservation Manager Dr Lib Olds, Senior Vet Ian Smith and Vet Nurse Rebecca Probert were out in the field releasing Black-flanked Rock-wallabies, known as Warru by the traditional owners of the APY Lands, with our partners on the Warru Recovery Team.

Formerly widespread throughout the ranges of central Australia, sadly in South Australia this incredible species has faced a significant decline and is now the state’s most endangered mammal.

The two remaining populations of Warru, which are found in the Anangu Pitjantjatjara Yankunytjatjara (APY) Lands, are separated by several hundred kilometres.

Their drastic decline in the wild has been primarily caused by exotic predators like foxes and cats.

As a conservation charity, we won’t let this amazing species go extinct on our watch.

Since 2006, we have been working with our partners towards  Warru recovery in South Australia.

Through an intensive captive breeding program on site at Adelaide and Monarto Zoos, we have helped to establish a viable population of Warru in a one square kilometre feral-proof fenced area, known as the Pintji, in the APY lands.

The fence provides them with a temporary safe-haven from feral predators such as cats and foxes.

A total of 22 Warru have been released in to the Pintji so far. This population has flourished and with the Pintji reaching holding capacity, Warru recovery in South Australia was ready for its next phase -the recent wild release!

We’re proud to report that 25 of the 40 Warru being released this week in the APY lands are from this population that we established!

The translocation will create an additional viable population within their former range, a core objective for the conservation of this species.

From here, the released wallabies are being tracked to check on their movement and health, and a feral animal control program is helping to secure their habitat long-term.

As a conservation charity, being able to see an animal reintroduced into its natural habitat is at the heart of what we do and we’re proud to be doing our bit to safeguard the Warru for generations to come.

Why do we need to save the Warru?

It’s World Rhino Day 🦏 Let’s work together to save this incredible animal. Take part in our competition and guess t… https://t.co/Z8Tvgfd6WD