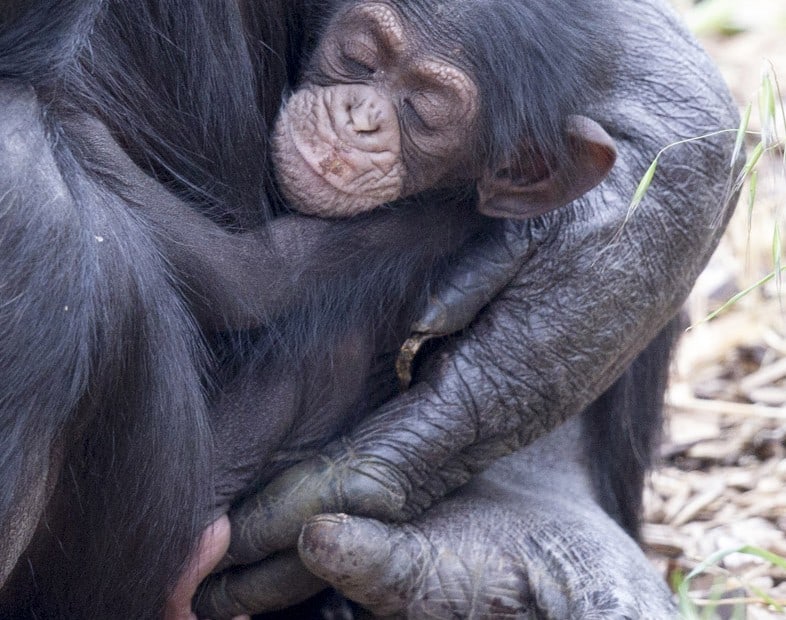 To mark the public debut of Monarto Zoo’s miracle Chimpanzee infant, zoo keepers have bestowed the little man with a special and befitting name – Boon.

The orphaned infant, whose mum Soona tragically passed away Friday shortly after giving birth to him, has been named Boon in memory of his late mum, who zoo keepers lovingly referred to as Soona the Boon or Boona. The name, meaning ‘blessing’, is truly a fitting name for the gift she has left Monarto and the Chimpanzee troop. 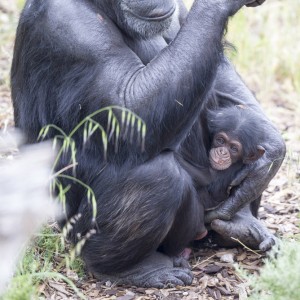 In a heart-warming twist, male Chimpanzee Gombe cared for the infant shortly after birth until fellow expectant mum, Zombi, adopted the newborn after having remained by Soona’s side until she passed.

“The last few days have been a whirlwind of emotion, but the silver lining is that our little Boon is doing incredibly well considering his rough start to life,” Laura said.

“I’m humbled by what we’ve seen from the Chimpanzee troop over the last few days – it’s unheard of to see a heavily pregnant Chimpanzee adopt an orphaned newborn infant.

“The unique situation certainly reinforces the strong bond our chimps share and the similarities these amazing creatures have with their closest living relative, us.

“Zombi is proving to be an excellent adoptive mum.  From the minute she first cradled the newborn she’s been amazing – grooming, supporting and nursing the little man as though he was her own.” 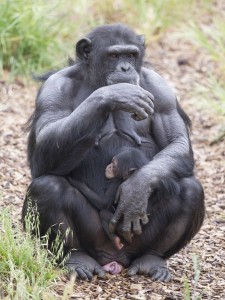 Zombi is on her own incredible journey with her second infant due in the coming weeks. Zoo keepers will continue to monitor her closely, but feel optimistic she’ll be able to care for Boon and her own infant simultaneously.

“Zombi’s a confident and capable mum, and has the support of an amazing chimp troop. We can’t completely predict the outcome, but know if any chimp can look after two infants at once, Zombi can,” Laura said.

“When the time comes for her to have her own infant, we’ll let nature take its course and only intervene if Zombi appears to be struggling or if the infants require supplementary feeding.”

Monarto Zoo would like to thank its colleagues, friends and the public for the outpouring of support the zoo has received over the last few days. It’s deeply touching and means a great deal to all those that are so close to the Monarto Chimpanzee family.

The Chimpanzee Platform has reopened to the public and troop currently has access to all areas of the habitat, including the main outside habitat, the dayroom and internal den space. Monarto Zoo cannot guarantee the infant will be visible at all times.