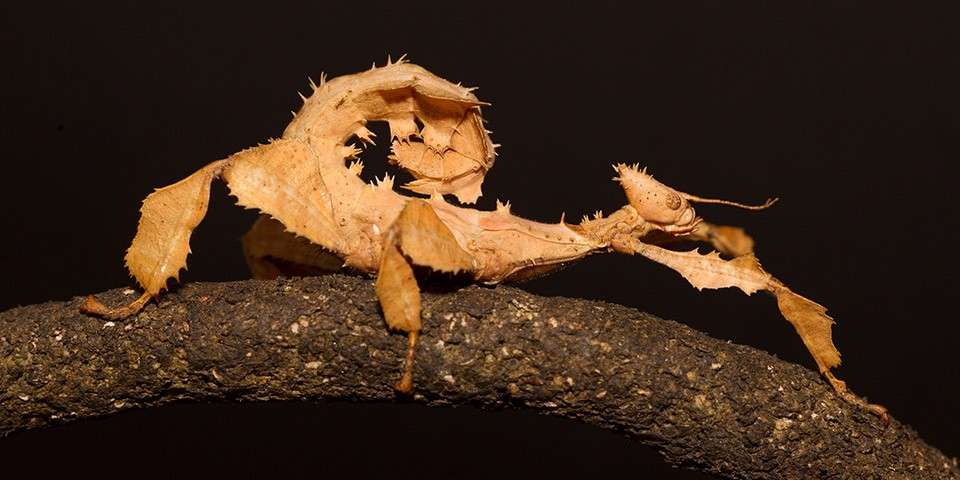 Australia is home to approximately 150 species of Stick Insects!

Australia is home to approximately 150 species of Stick Insects. One of these species is the Spiny Leaf Stick Insect, which can been seen in the Monarto Safari Park Visitor Centre.

Spiny Leaf Stick Insects are naturally found in the forests along the Queensland and New South Wales coast. They are completely harmless and rely on their mastery of camouflage to escape predators. When mildly disturbed, they curve their abdomen towards their attacker as if they could sting or they sway their bodies from side to side to resemble a leaf blowing in the wind.

Males are slender with fully developed wings and can readily fly. The females tend to be much larger and have thicker bodied and are incapable of flight.

An interesting feature of the female Spiny Leaf Stick Insect is its ability to produce viable eggs without mating with a male – called parthenogenesis. An individual female can produce between 100 and 1,300 eggs in her lifetime. These eggs are flicked from the female’s abdomen onto the forest floor and lie in the leaf litter.

These eggs are collected by Redheaded Black Ants and taken into their underground nests. The eggs have a knob, called a capitulum that the ants like to eat. They leave the rest of the egg in the nest, protected from bushfires or other animals that might like to eat it. The young stick insects, called nymphs, hatch after one to three years underground and look and behave exactly like ants! With this camouflage they safely exit the ant nest and climb up the nearest tree to start eating and growing.

It takes six months for nymphs to reach maturity. In these six months the nymphs will moult their exoskeleton six times. If a limb is lost whilst moulting they have the ability to regrow that limb.

Love Stick Insects? There are many ways you can help support these fascinating critters.